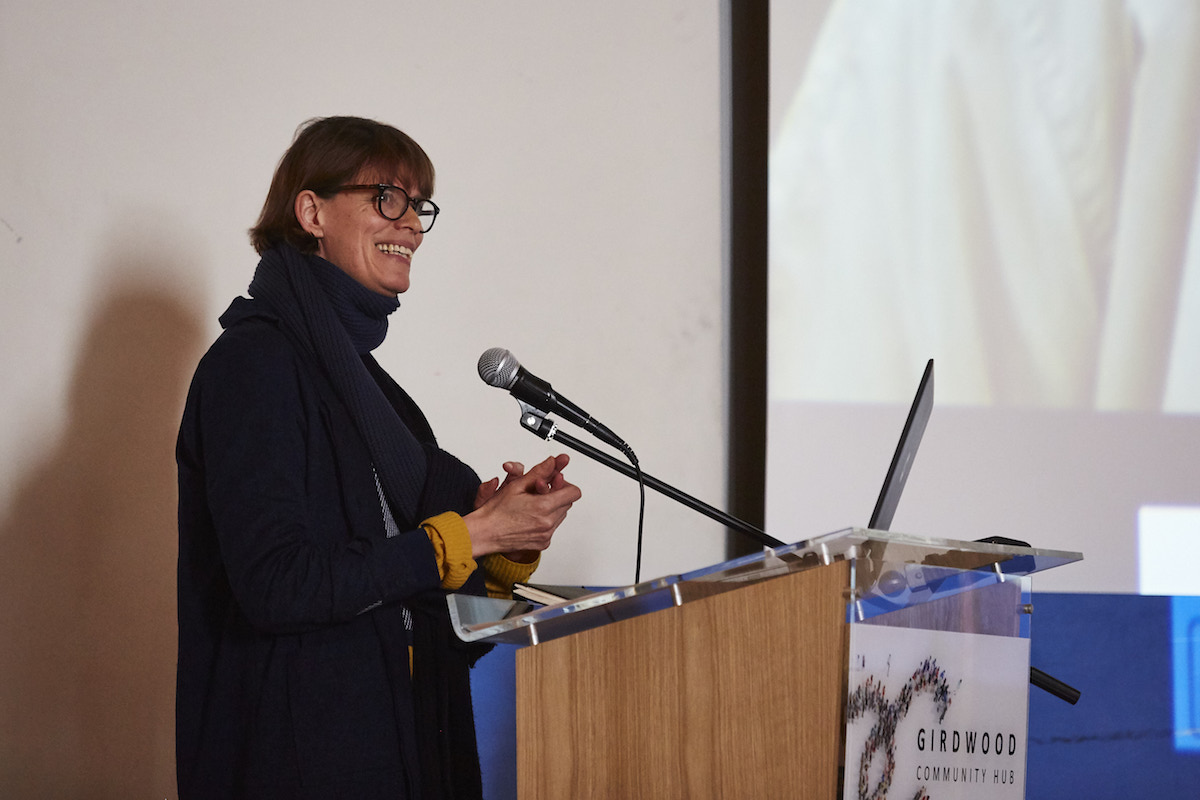 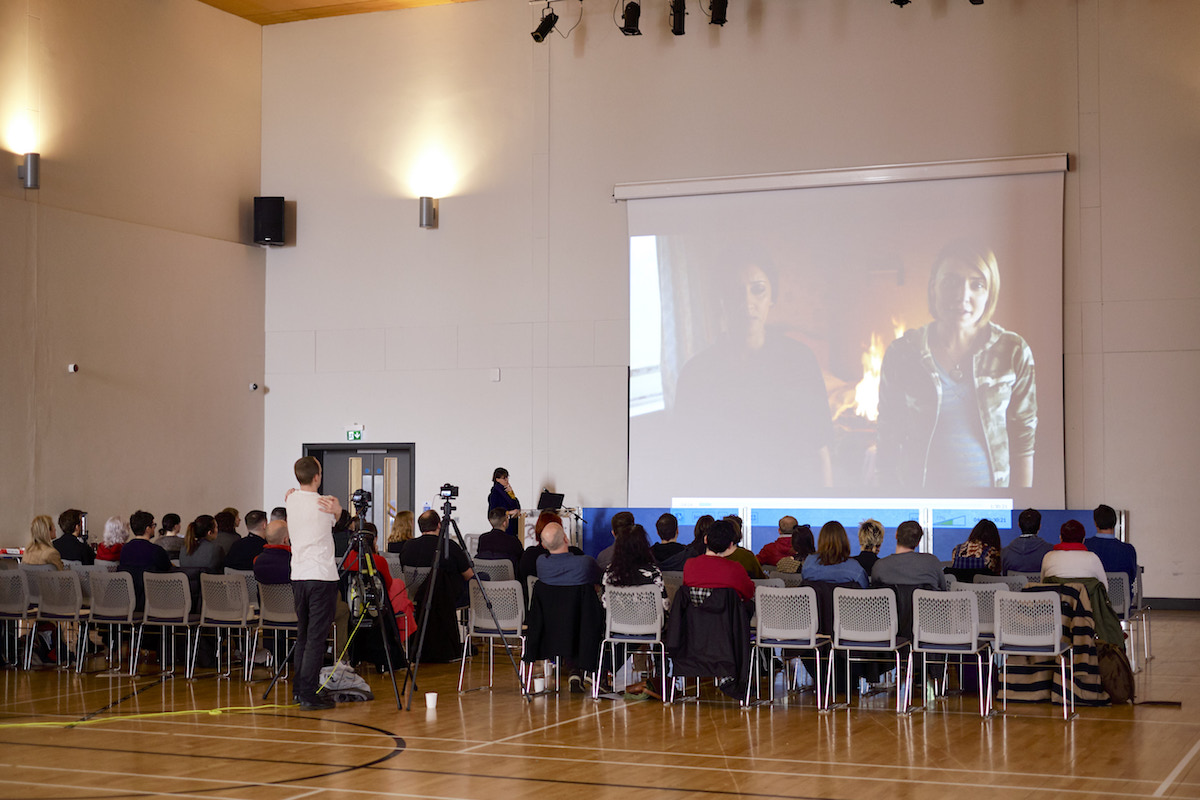 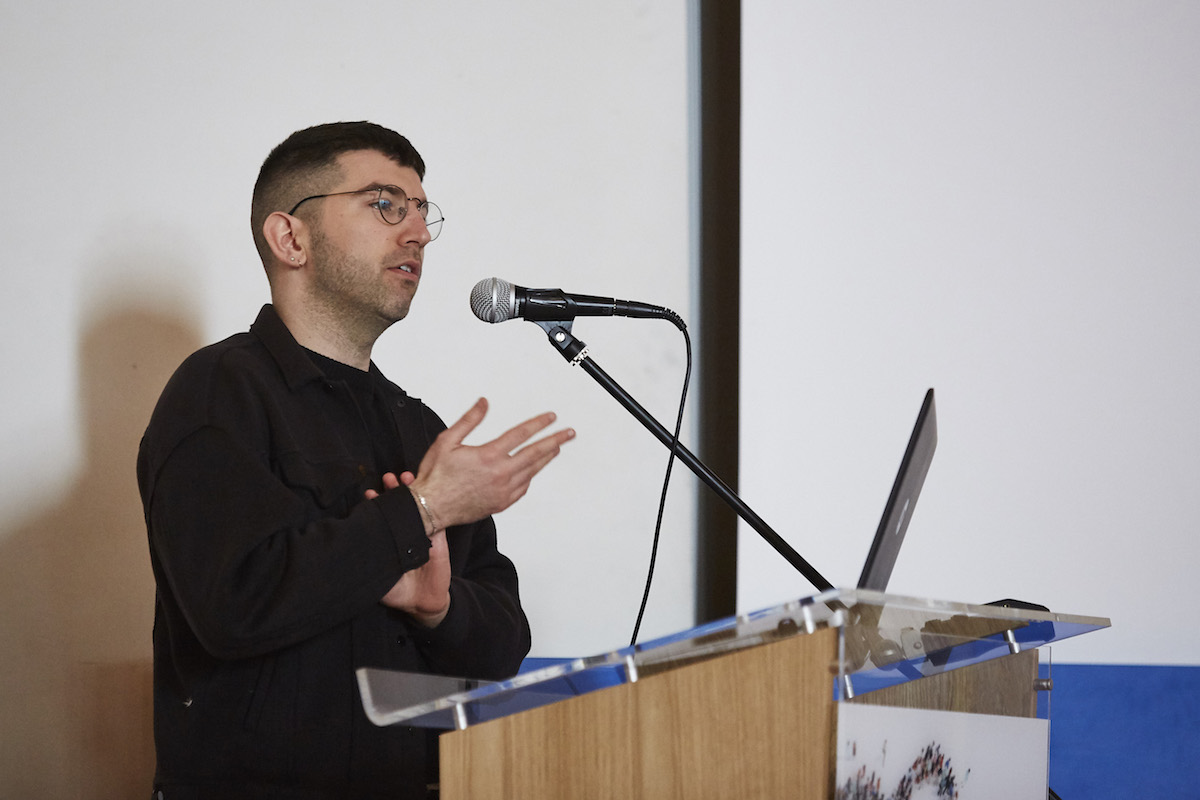 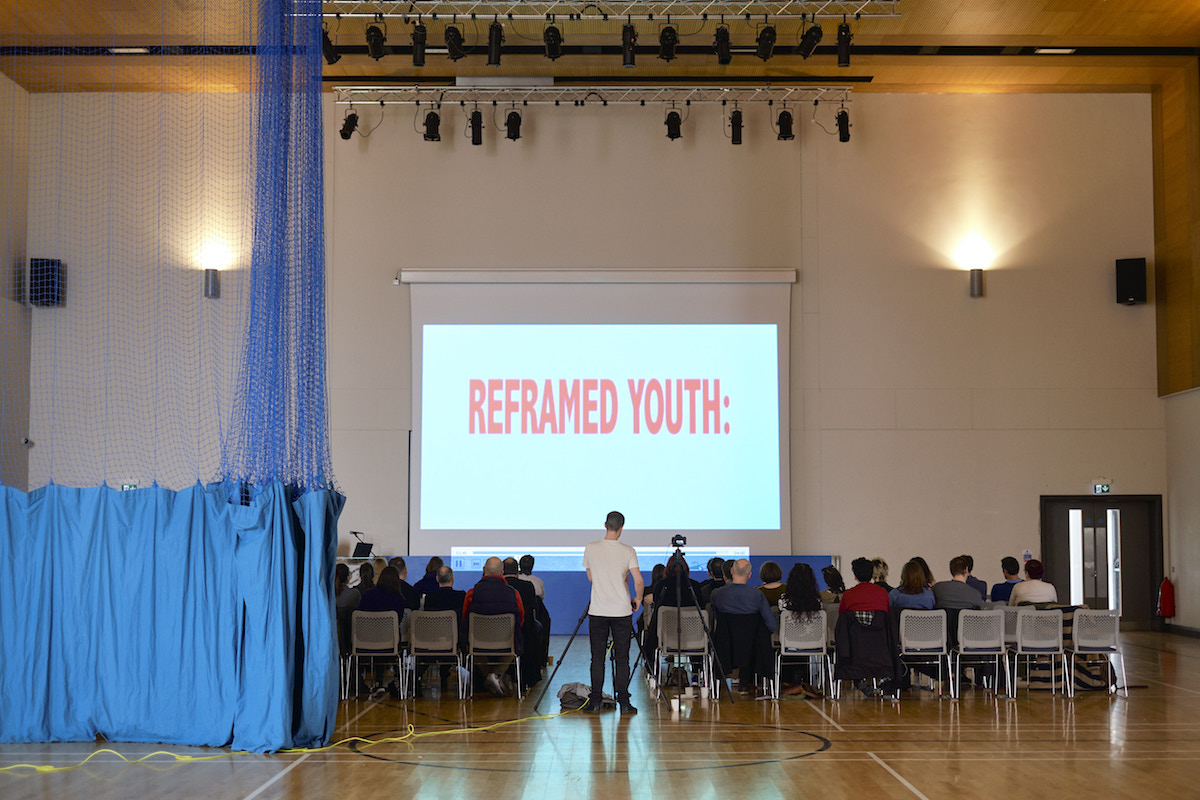 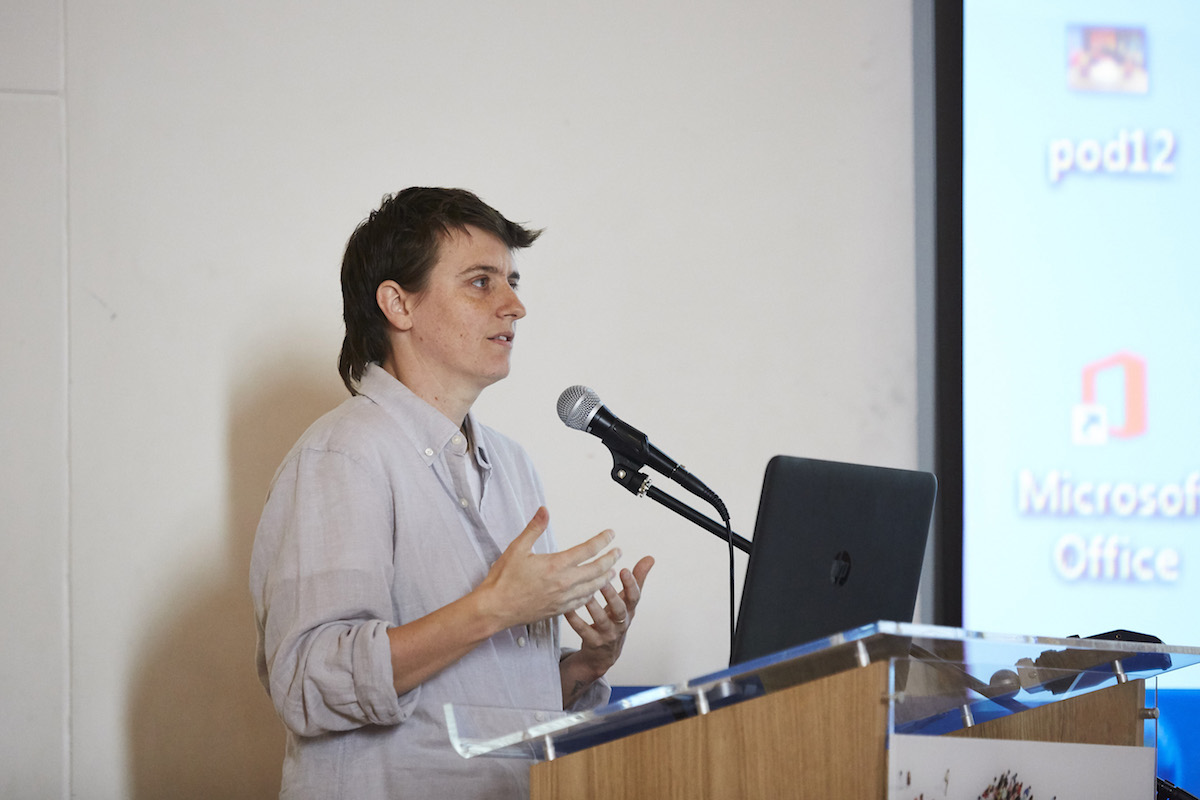 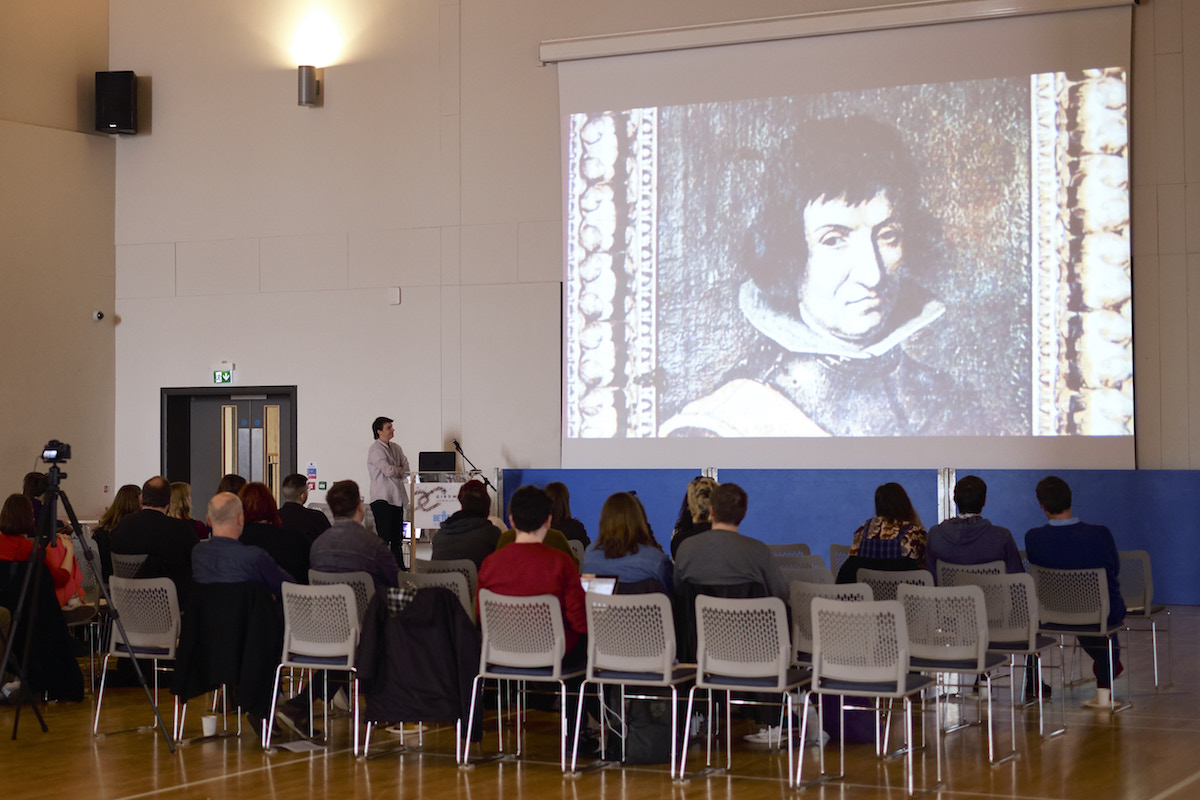 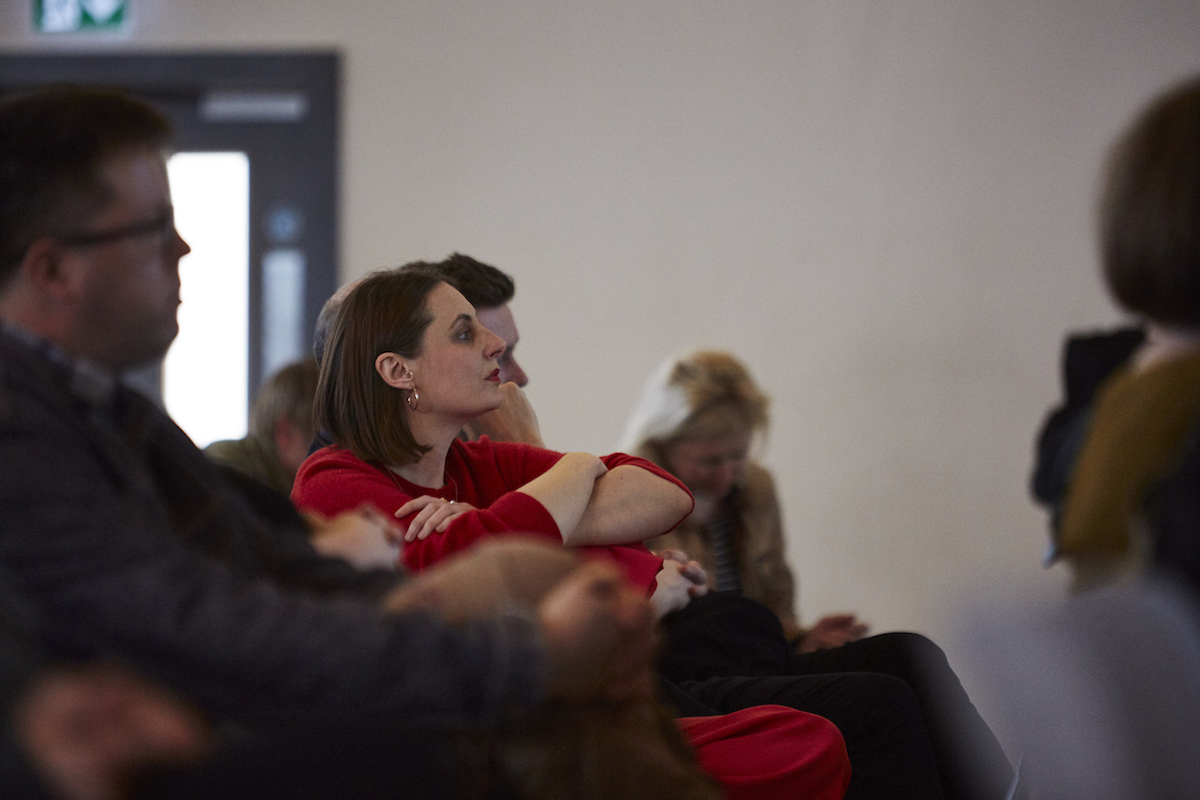 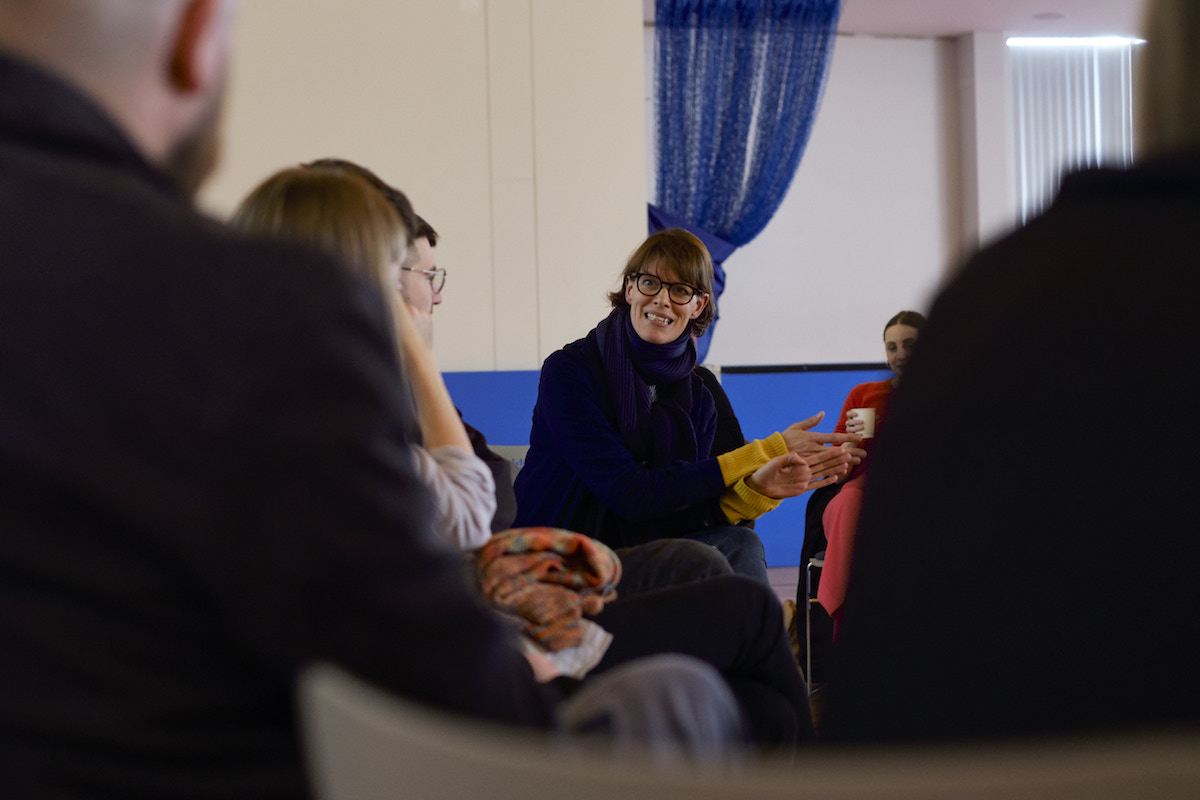 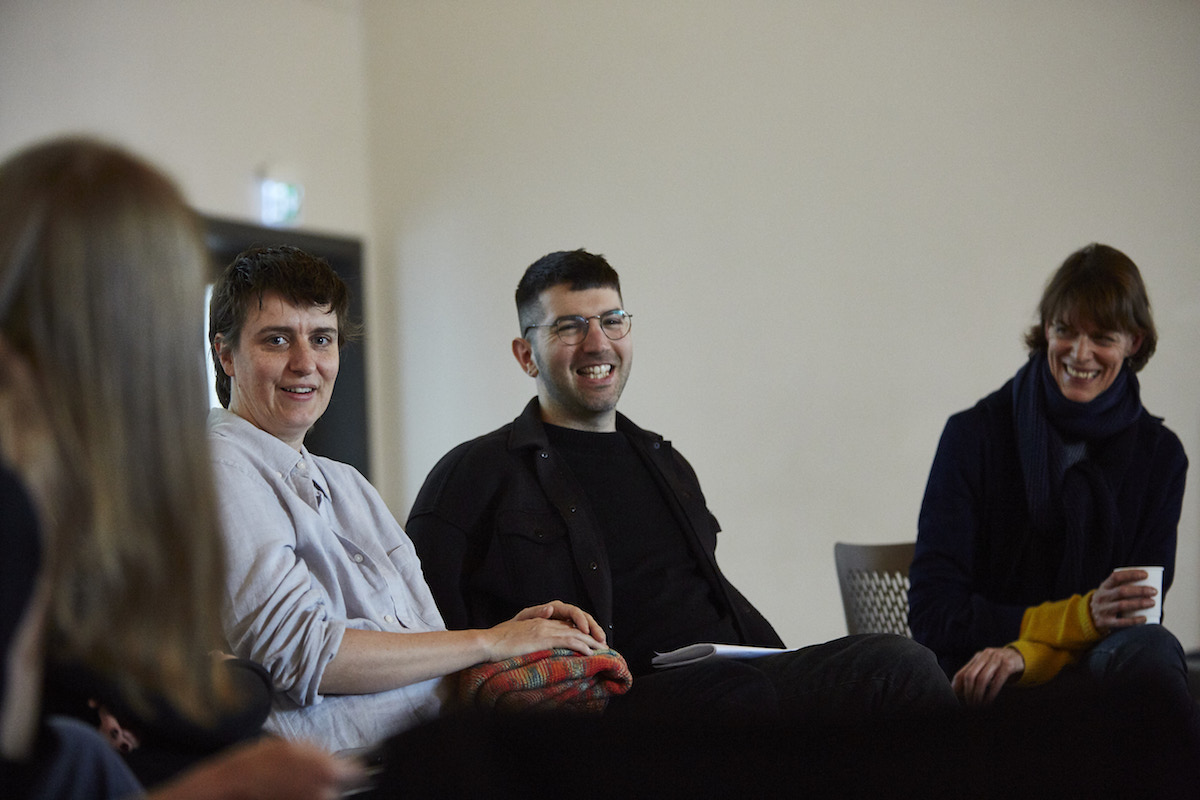 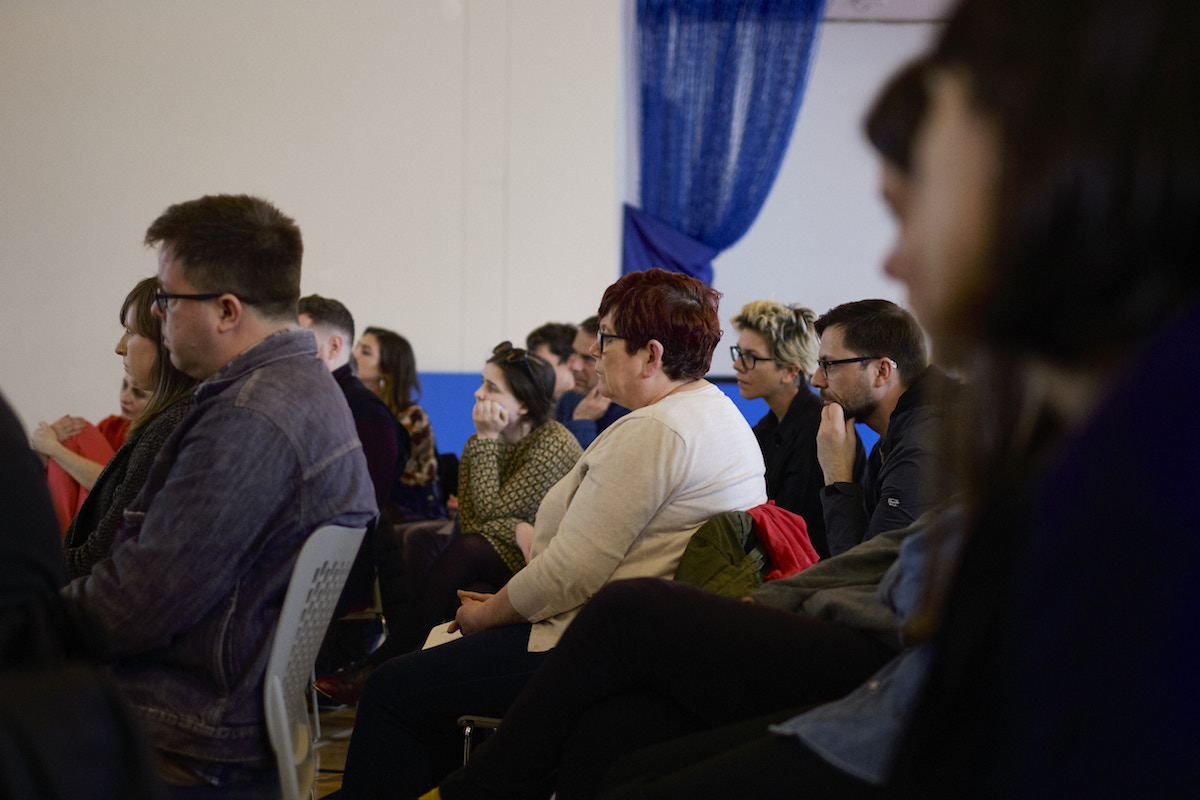 The Arbor is Clio Barnard’s remarkable adaptation of The Arbor, a play by Andrea Dunbar who, at the age of 15, wrote a script based on life in the working class Bradford estate where she lived. The film is a fusion of narrative and documentary cinema and tells the powerful true story of Andrea Dunbar and her daughter Lorraine, who was just 10 years old when her mother died in 1990. Through interviews and first-hand accounts, The Arbor offers an innovative, compelling and troubling portrait of a family trying to come to terms with abuse, death, addiction and poverty.

Clio Barnard, director of The Arbor, was joined by our invited speakers Mariah Garnett and Ed Webb-Ingall at Girdwood Community Centre on Saturday 14th April at 4pm for presentations and a discussion about different approaches to working with communities and representing people and place on film. More information about our speakers can be found below.

On Friday 13th April at 7PM Household and Artangel, in collaboration with Belfast Film Festival, presented The Arbor as a series of synchronised screenings in community and domestic spaces across Belfast, inviting audiences to view a film that deals with difficult themes in an intimate setting.To coincide with our public programme, Belfast Film Festival programmed parallel series of screenings to accompany The Arbor –Fishtank and Ratcatcher.

Following The Arbor screenings, Household has released a series of interviews with artists, theatre makers, photographers and facilitators that further explore the representation of people and place in the context of Belfast. Click here for more information.

Household would like to acknowledge the generous support of the Arts Council of Northern Ireland, Artangel, and Belfast Film Festival  in delivering this programme of events.

The Arbor is part of The Artangel Collection, an initiative to bring outstanding film and video works, commissioned and produced by Artangel, to galleries and museums across the UK. The Artangel Collection has been developed in partnership with Tate, is generously supported by the Esmée Fairbairn Foundation and The Foyle Foundation and uses public funding from Arts Council England.

Clio Barnard was born in Santa Barbara, USA  and grew up near Bradford, West Yorkshire, England. Barnard admires the work of Alan Clarke, particularly his film “Road”. Her style of documentary was inspired by Errol Morris and Jean Rouch. Their inspiration led to Barnard’s abnormal technique of blurring the line between fiction and documentary. The Arbor (2010) has won several awards including Best New Documentary Filmmaker at Tribeca Film Festival New York, Best Newcomer and Sutherland Awards at The London Film Festival, Douglas Hickox Award at British Independent Film Awards, The Guardian First Film Award, Best Screenplay at the London Evening Standard Film Awards, the Sheffield Documentary Film Festival Innovation Award and the Jean Vigo Award for Best Direction at Punto de Vista International Documentary Film Festival. She was nominated for the BAFTA Outstanding Debut Award in February 2011. The Arbor was one of four projects awarded a commission through the prestigious Artangel OPEN. Barnard is one of the winners of the Paul Hamlyn Award for Artists. She is a Reader in the Film Studies department at the University of Kent.

Mariah Garnett mixes documentary, narrative and experimental filmmaking practices to make work that accesses existing people and communities beyond her immediate experience. Using source material that ranges from found text to other artists, Garnett often inserts herself into the films, creating cinematic allegories that codify and locate identity. She holds an MFA from Calarts in Film/Video and a BA from Brown University in American Civilization. She has had solo exhibitions at the Metropolitan Arts Center (Belfast, UK), ltd los angeles (Los Angeles), and Louis B James (New York), and her work has been screened and exhibited internationally, most recently at the New Museum’s Trigger. In 2014, her film Full Burn was named “Best In Show” at the Hammer Museum’s biennial by the LA Times and she has been awarded grants from the Rema Hort Mann Foundation, Artadia, California Community Fund, Harpo, the Sarah Jacobson Film Grant and her film, Encounters I May Or May Not Have Had With Peter Berlin won Best LGBT Film award at Ann Arbor Film Festival. She is currently a lecturer at UCLA.

Video-maker and writer Ed Webb-Ingall, born in London in 1982, started out working as a researcher and producer on documentaries and music videos. Aware of the rigid hierarchies that govern much of the film industry – and the often-problematic power dynamic between those behind the camera and those in front of it – he began to look for alternative methods and approaches. While he was doing an MA in the history of film and visual media at Birkbeck, University of London, he learned about “community video”, a method of video-production, based around a model of collective authorship in which communities develop their own means of self-representation.

He has since produced a number of community video projects, the most recent of which explore the legacy of section 28. Introduced by the Conservative government in the UK in 1988 in the midst of the Aids crisis, section 28 decreed that local councils and schools should not “promote homosexuality or publish material with the intention of promoting homosexuality”. In effect, this created a blanket silence on the subject of homosexuality in UK schools until its repeal in 2003 (2000 in Scotland).

Webb-Ingall’s video projects have been shown at numerous film festivals and art galleries, including at the British Film Institute’s LGBT Film Festival, The Showroom and Studio Voltaire, as well as in community centres and classrooms. His current project, We Have Rather Been Invaded, takes its title from the words uttered by BBC news presenter Sue Lawley when, on 23 May 1988, the BBC’s Six O’Clock News was invaded by a group of lesbian activists protesting the introduction of section 28.