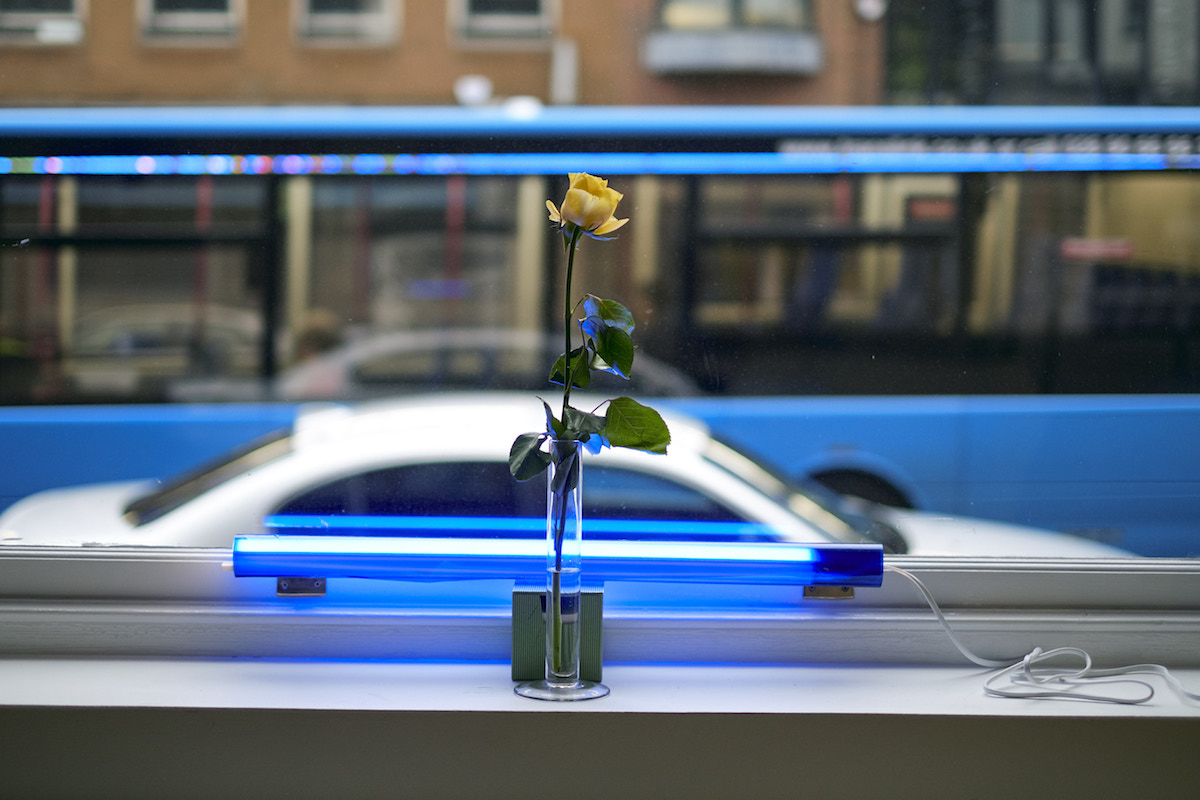 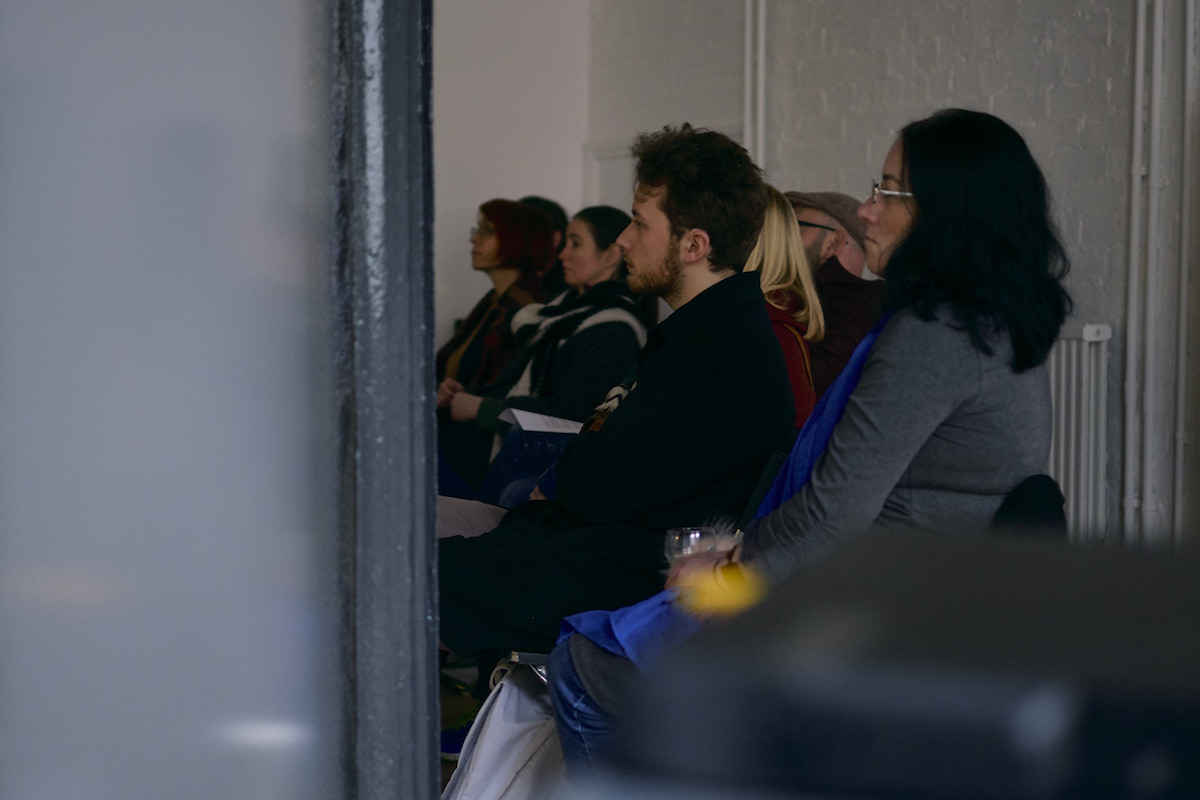 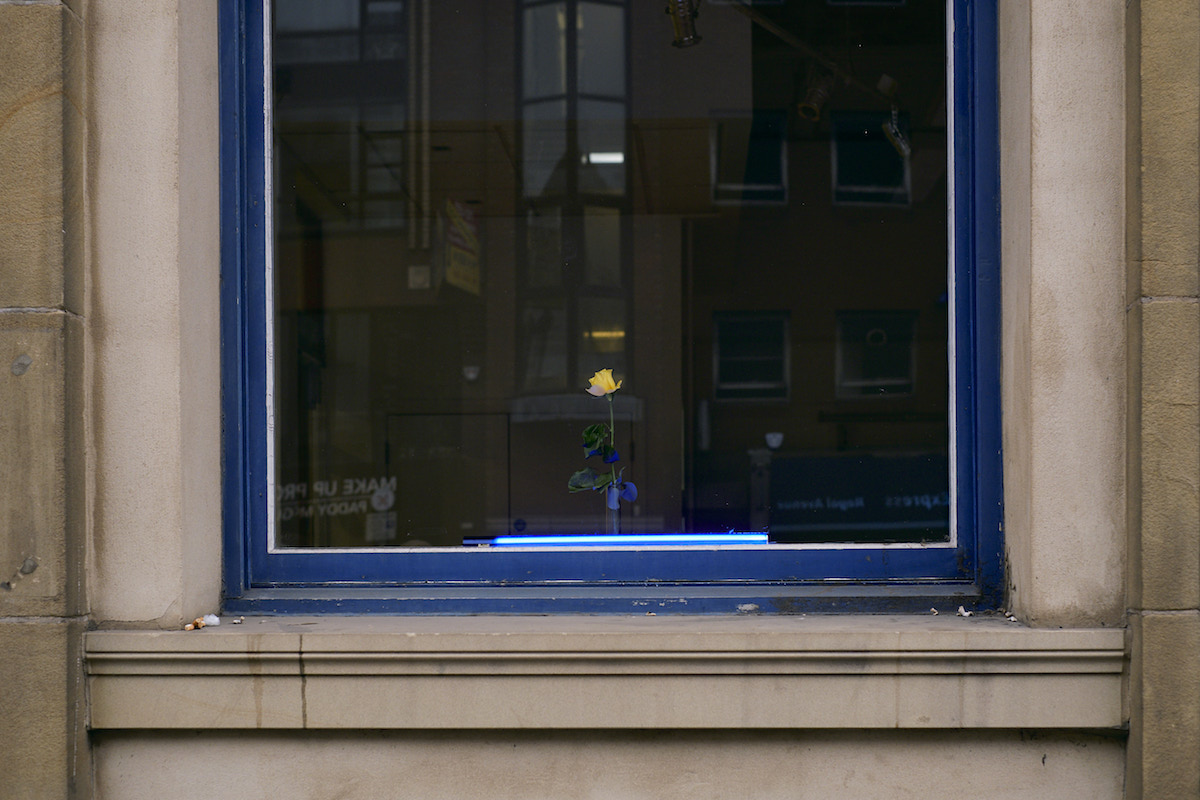 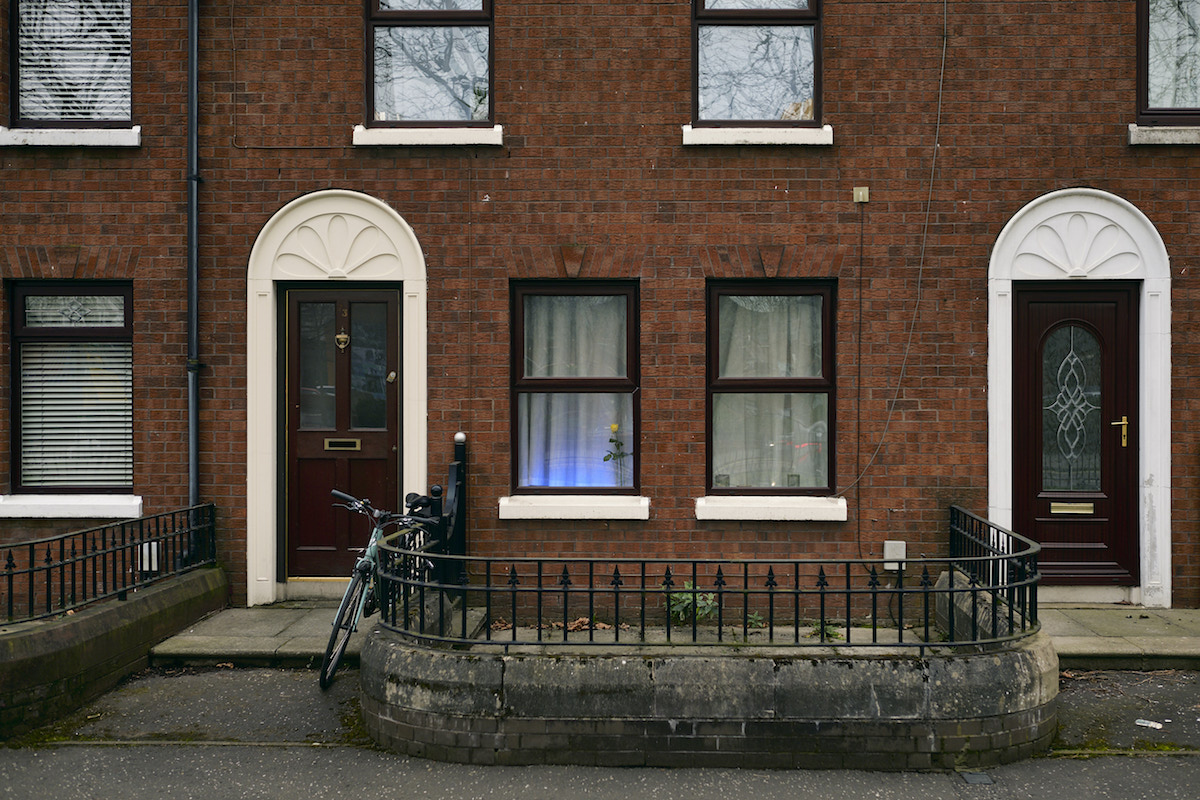 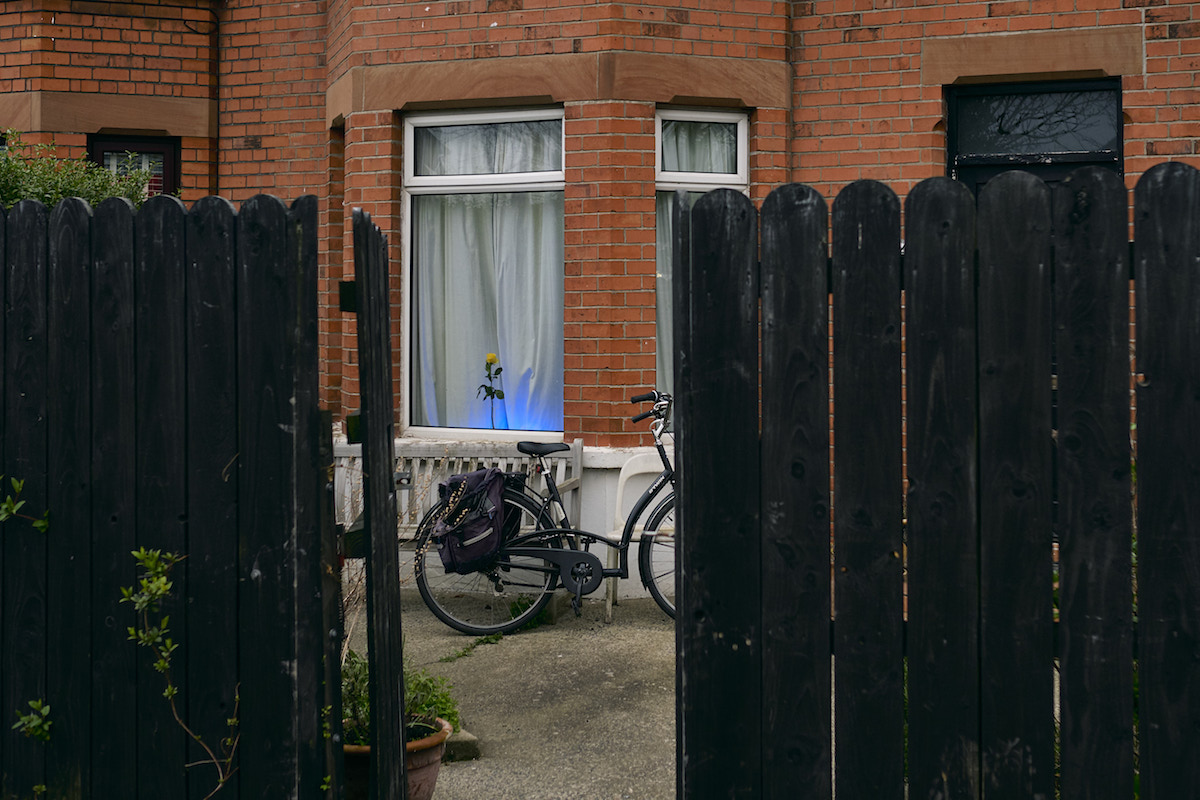 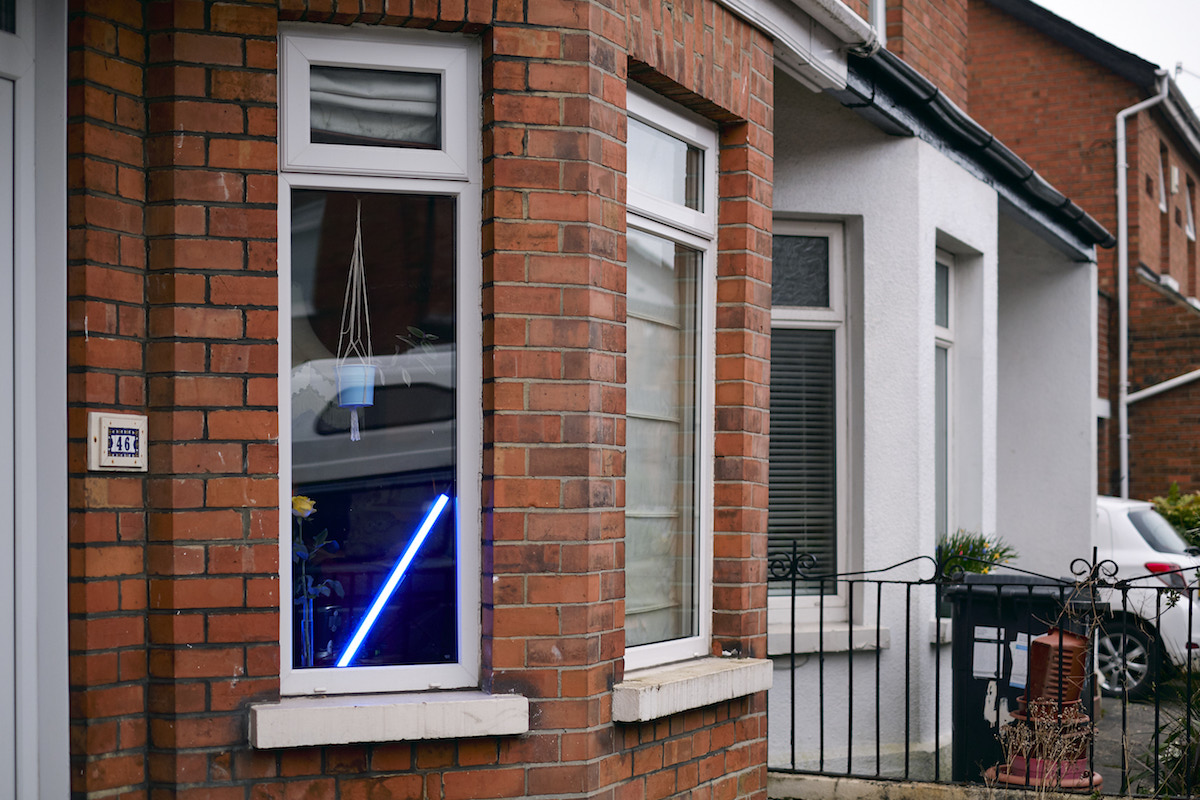 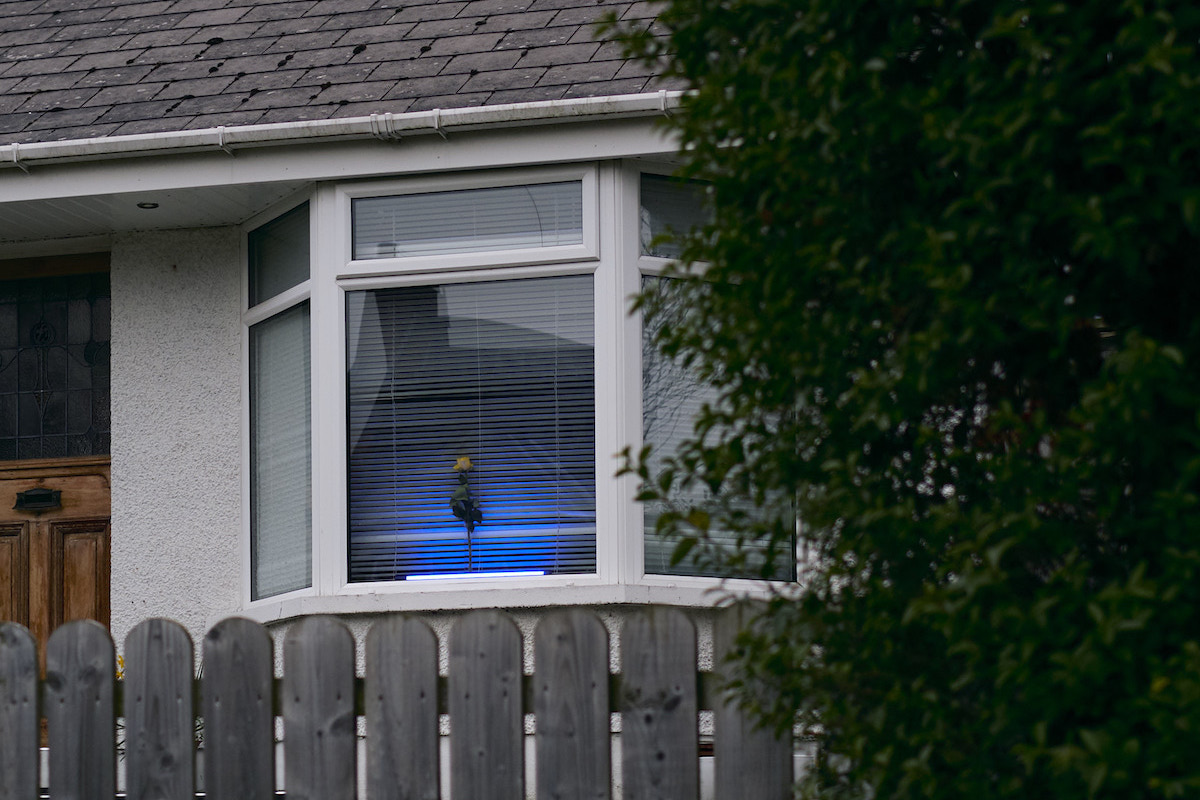 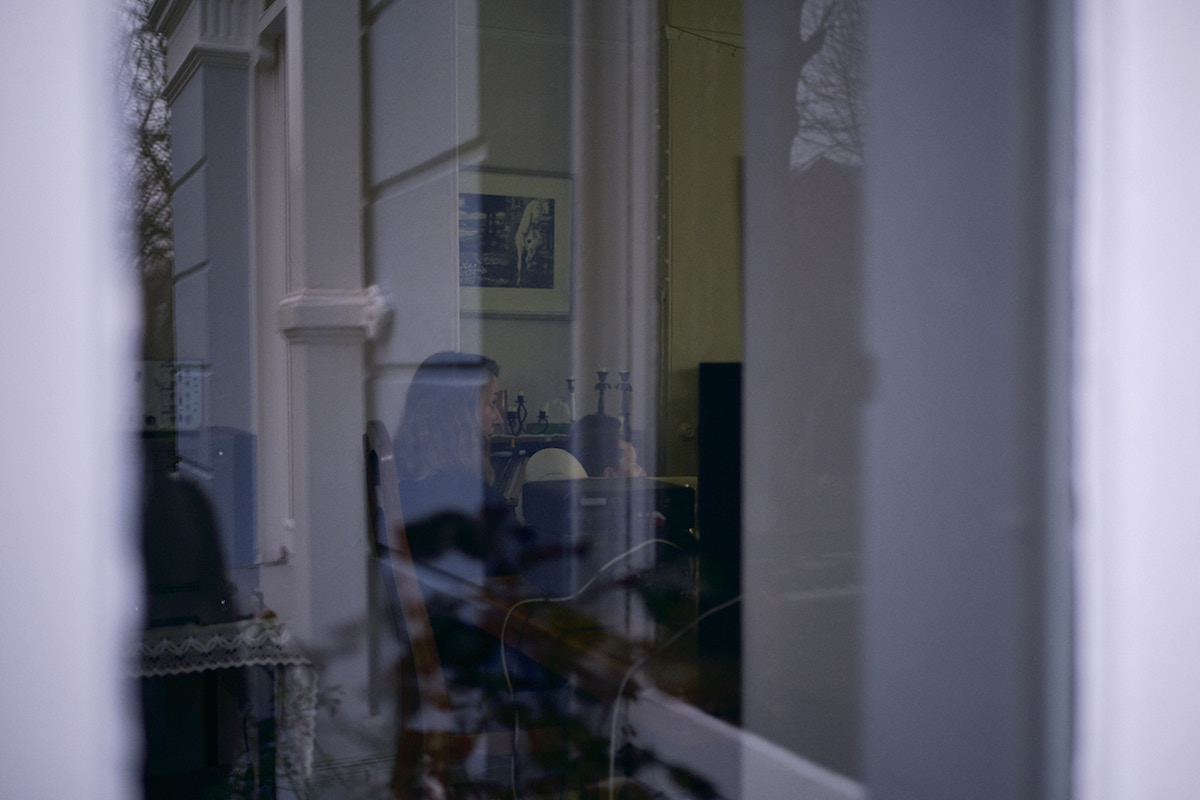 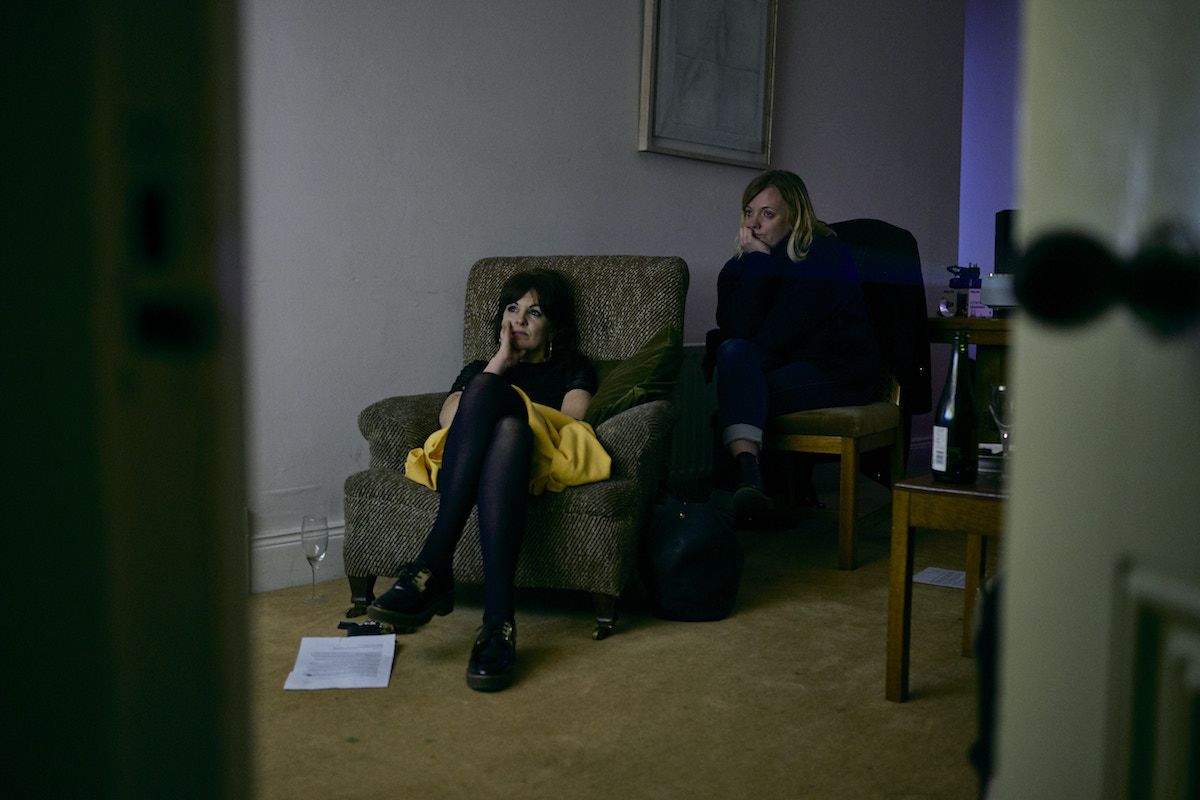 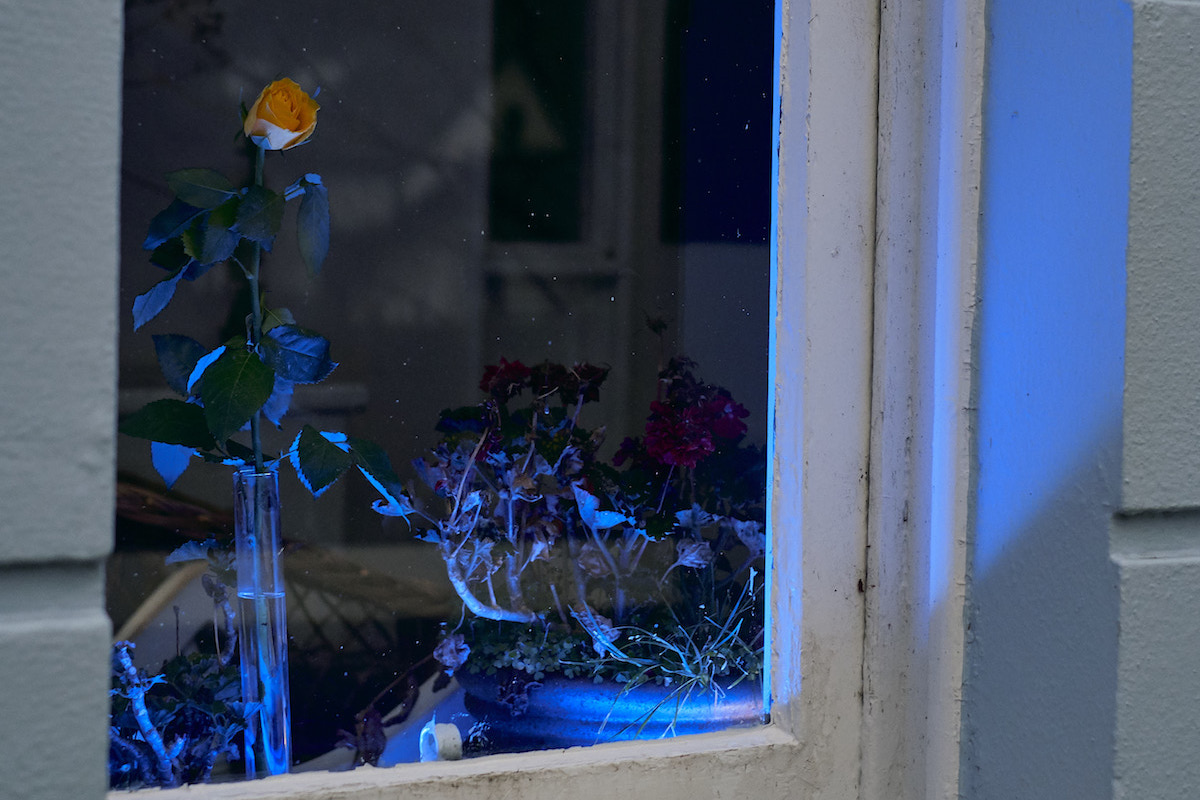 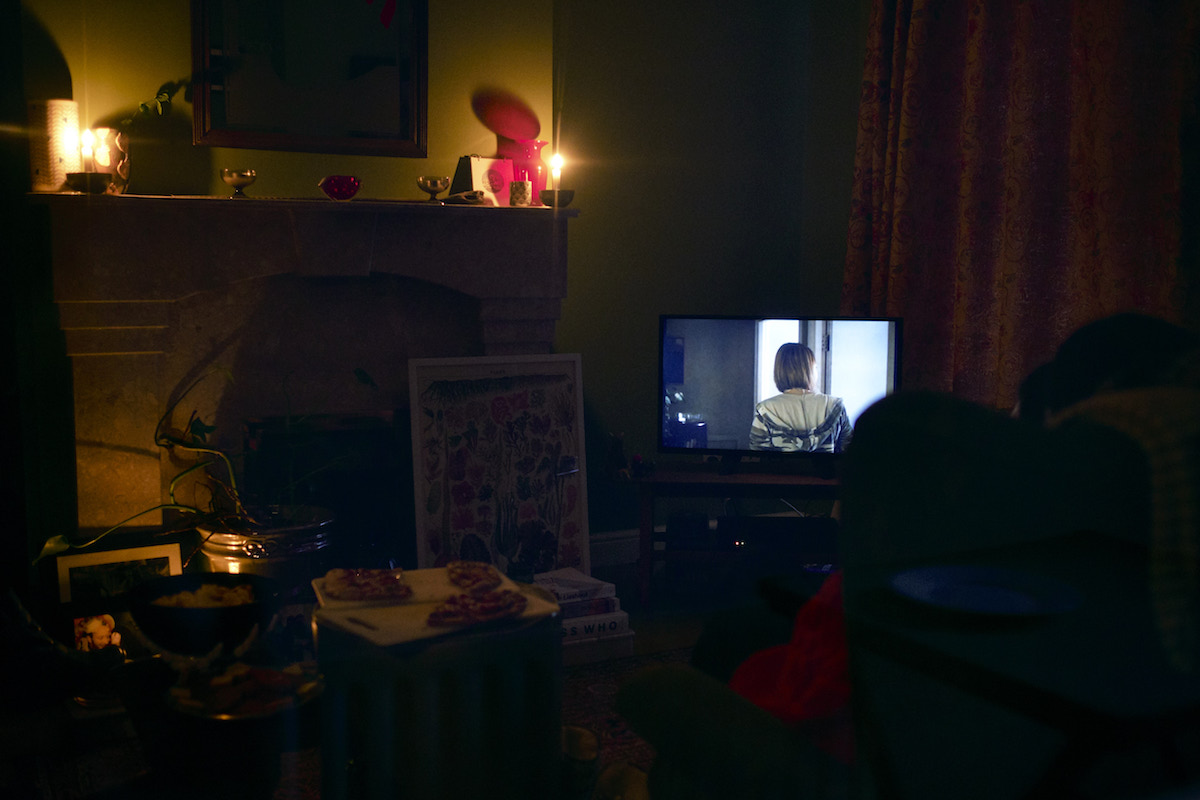 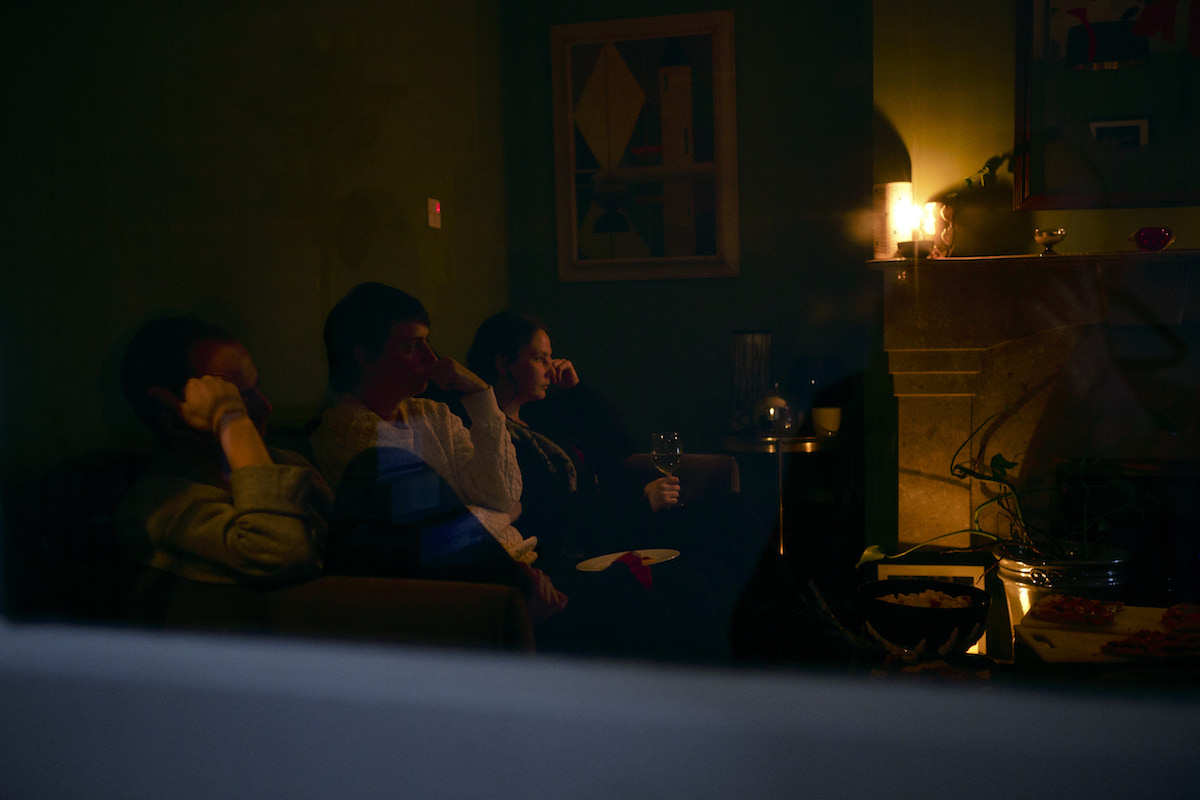 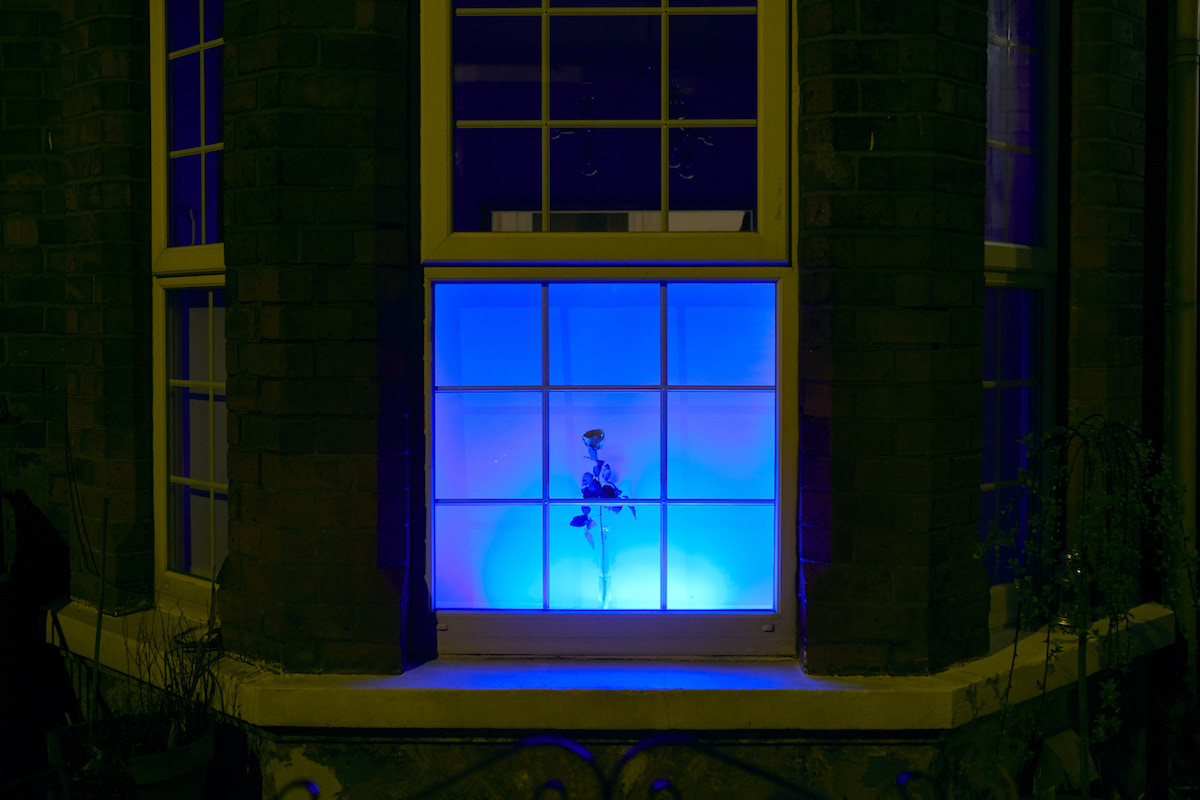 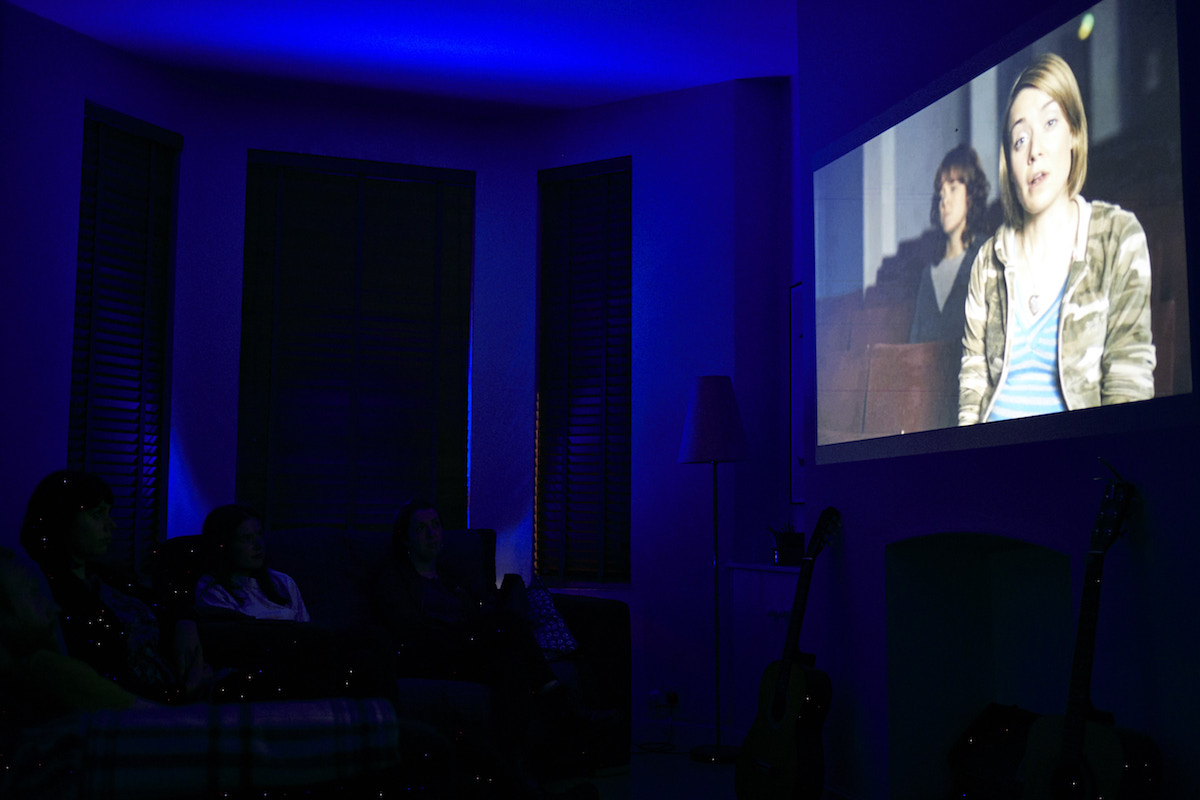 The Arbor is Clio Barnard’s remarkable adaptation of The Arbor, a play by Andrea Dunbar who, at the age of 15, wrote a script based on life in the working class Bradford estate where she lived. The film is a fusion of narrative and documentary cinema and tells the powerful true story of Andrea Dunbar and her daughter Lorraine, who was just 10 years old when her mother died in 1990. Through interviews and first-hand accounts, The Arbor offers an innovative, compelling and troubling portrait of a family trying to come to terms with abuse, death, addiction and poverty.

On Friday 13th April at 7PM Household and Artangel, in collaboration with Belfast Film Festival, presented The Arbor as a series of synchronised screenings in community and domestic spaces across Belfast, inviting audiences to view a film that deals with difficult themes in an intimate setting.

Clio Barnard, director of The Arbor, was joined by our invited speakers Mariah Garnett and Ed Webb-Ingall at Girdwood Community Centre on Saturday 14th April at 4pm for presentations and a discussion about different approaches to working with communities and representing people and place on film. More information about our speakers can be found here. To coincide with our public programme, Belfast Film Festival programmed parallel series of screenings to accompany The Arbor –Fishtank and Ratcatcher.

Following The Arbor screenings, Household has released a series of interviews with artists, theatre makers, photographers and facilitators that further explore the representation of people and place in the context of Belfast. Click here for more information.

Household would like to acknowledge the support of Artangel, Belfast Film Festival and the Arts Council of Northern Ireland in delivering this programme of events.

The Arbor is part of The Artangel Collection, an initiative to bring outstanding film and video works, commissioned and produced by Artangel, to galleries and museums across the UK. The Artangel Collection has been developed in partnership with Tate, is generously supported by the Esmée Fairbairn Foundation and The Foyle Foundation and uses public funding from Arts Council England.