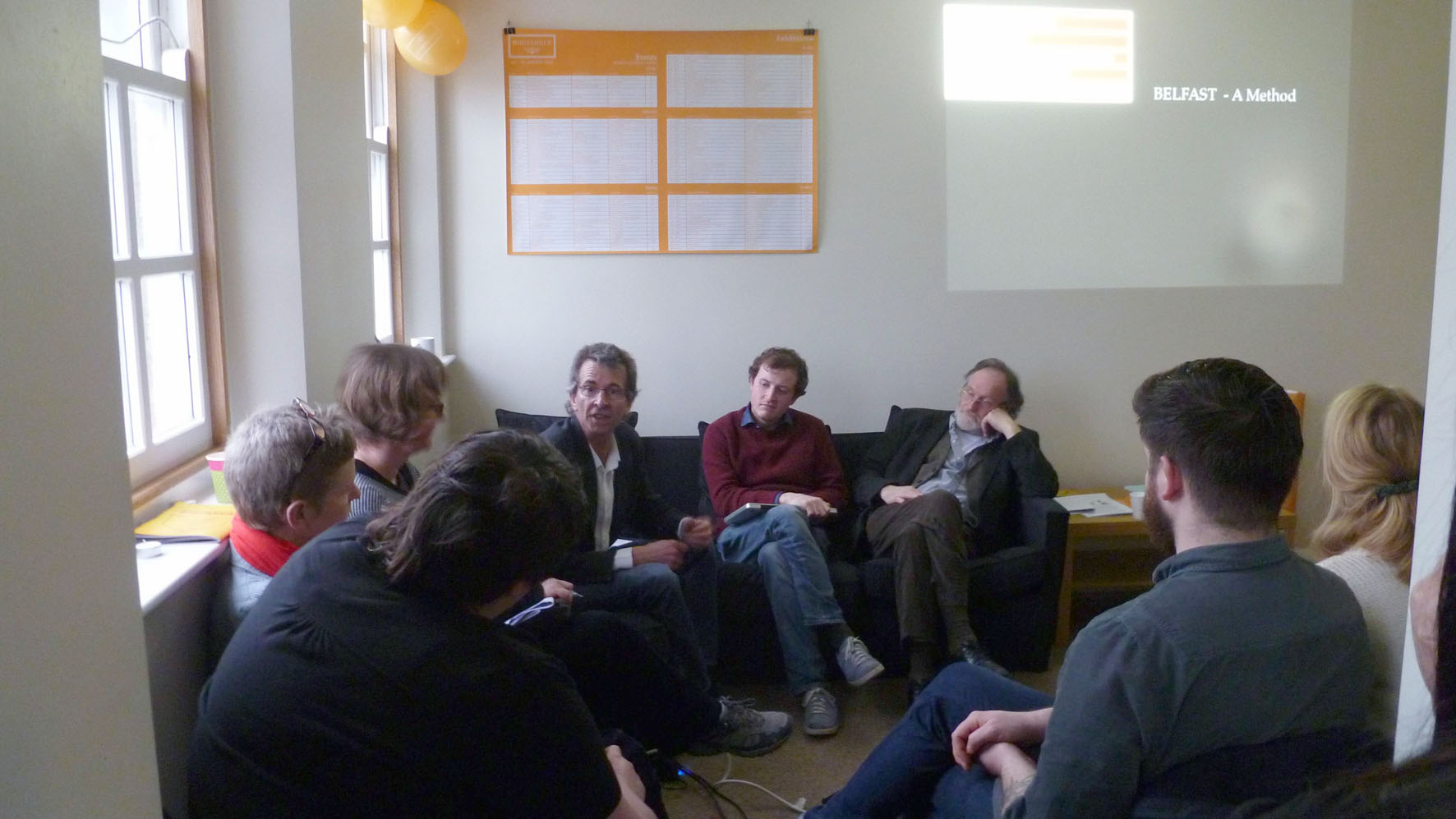 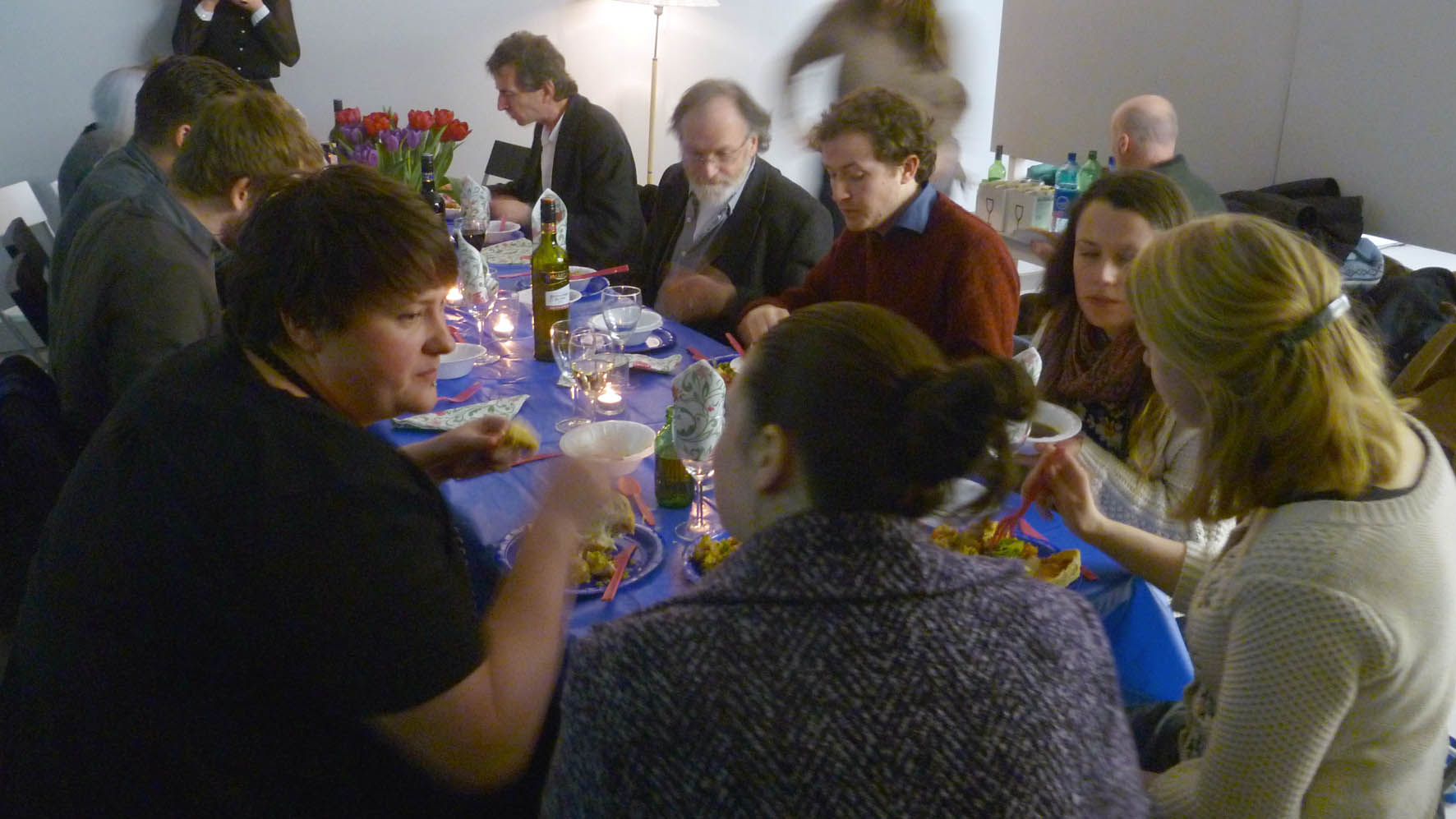 Household was invited to curate an event as part of the Grand Domestic Revolution GOES ON at CCA Derry~Londonderry. The collective asked a number of speakers and audience members to attend a day of talks and evaluation in a domestic space at CCA Derry~Londonderry. The curators, Sighle Bhreathnach-Cashell, Eoin Dara, Ciara Hickey, Alissa Kleist and Kim McAleese, alongside speakers Declan Hill (Forum for Alternative Belfast), Conor McCafferty (PLACE) and Ray Cashell (Shelter NI), discussed some of the key concerns that arose from the inaugural Household Arts Festival held in South Belfast in August 2012.

Some of the themes discussed were the history of art in domestic spaces; private and public space; selected case studies; the work of organisations such as Forum for Alternative Belfast and PLACE that examine the ways in which empty spaces in the city can be highlighted and utilised and changes in tenancy laws and rights. This was followed by a Q&A, allowing audience members to contribute their experience of the festival or to ask questions.

Household critically engaged with the broad theme of hospitality in artistic and curatorial practice, looking specifically at the presentation of contemporary art in domestic spaces and surroundings. Following a series of discussions throughout the day, and continuing with the theme of hospitality, the collective hosted a dinner for all the participants in the CCA gallery.

This project was part of the exhibition The Grand Domestic Revolution GOES ON (GDR) at CCA Derry~Londonderry, an ongoing “living research” project initiated and developed by Casco – Office for Art, Design and Theory, Utrecht, in October 2009. The touring version of the project was first presented at The Showroom, London.

Inspired by US late nineteenth-century “material feminist” movements that experimented with communal solutions to isolated domestic life and work, GDR has involved artists, designers, domestic workers, architects, gardeners, activists and others to collaboratively investigate and re-articulate the domestic sphere, challenging traditional and contemporary divisions of private and public. The aim is to imagine new forms of living and working in common and put them into practice. GDR shares its ongoing research with presentations of newly produced and referential art works, an exhibition as a platform for a series of public activities and the growing project library. In particular, the touring programme of GDR is conceived as a special form of international collaboration, embedding it in the local context of each host venue and creating closer ties between the organisation and surrounding communities.