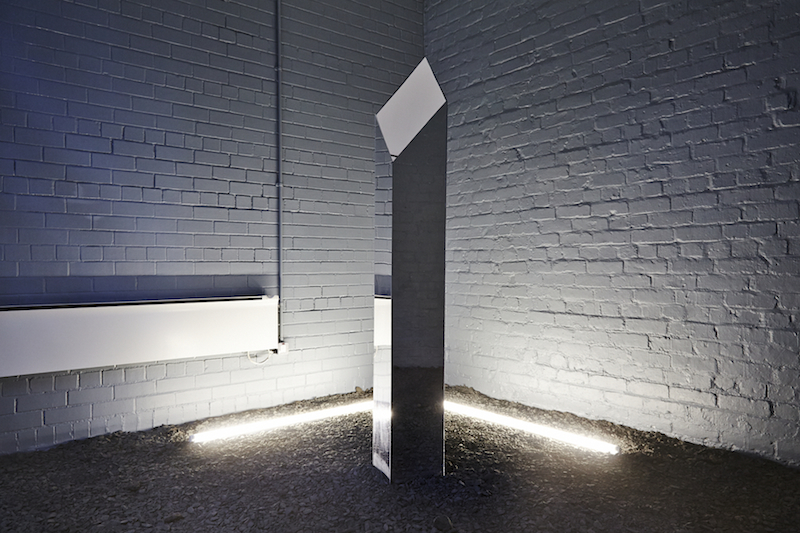 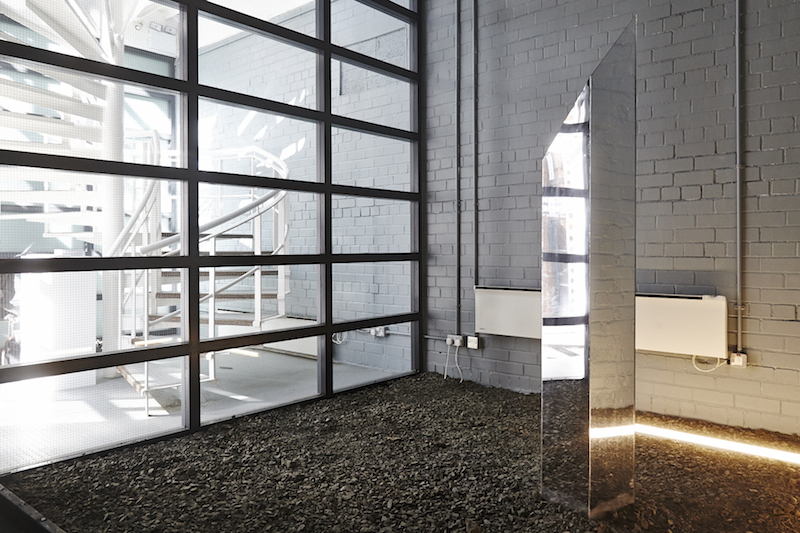 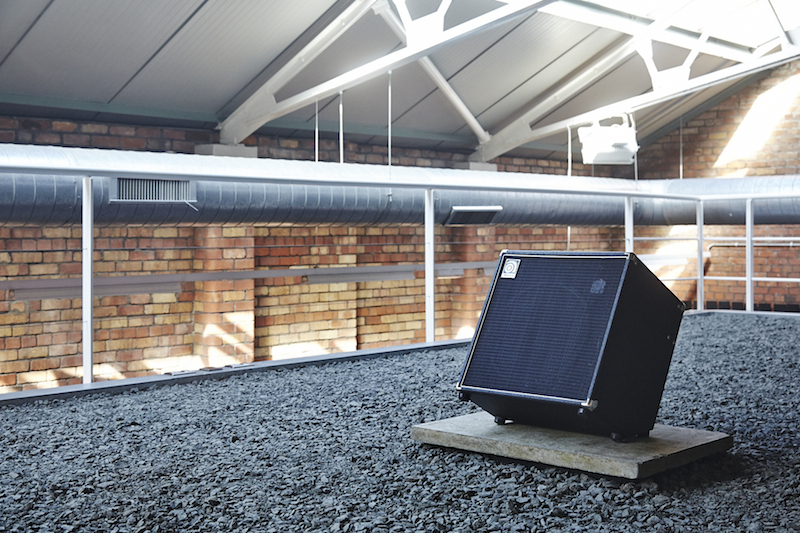 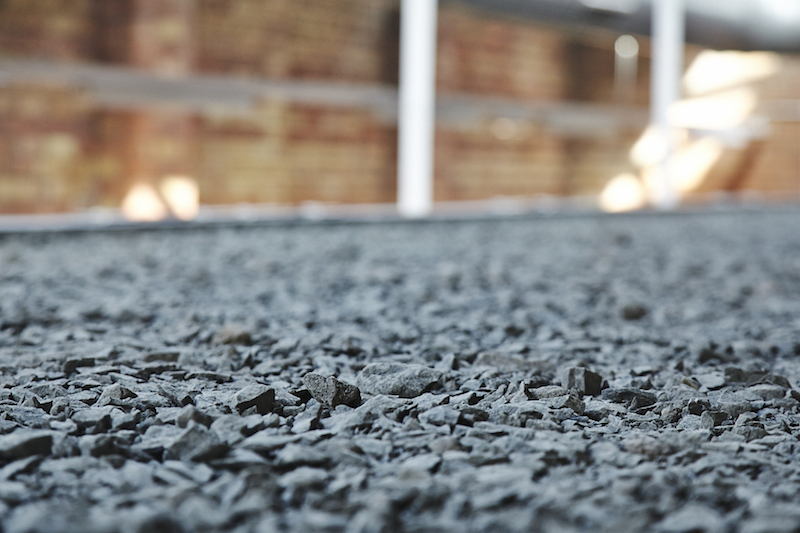 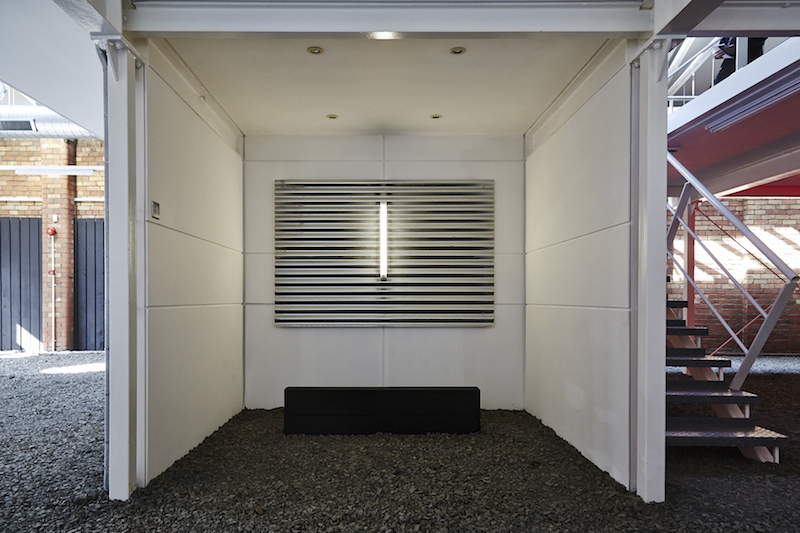 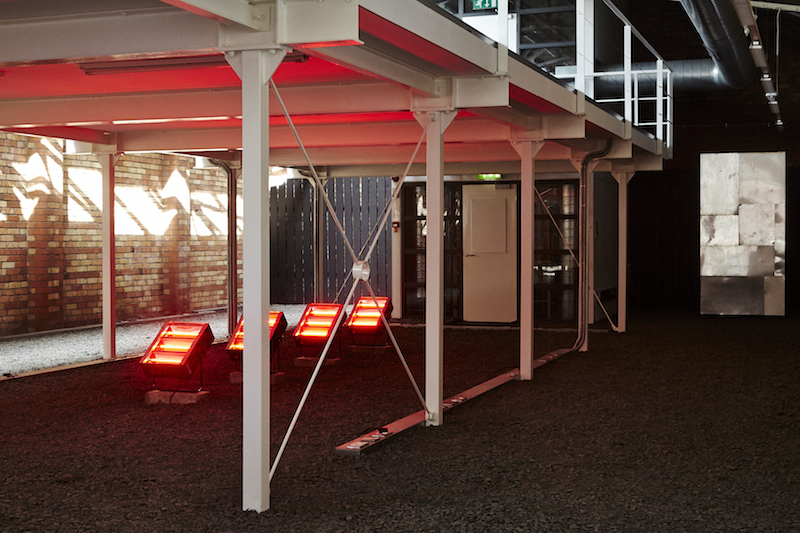 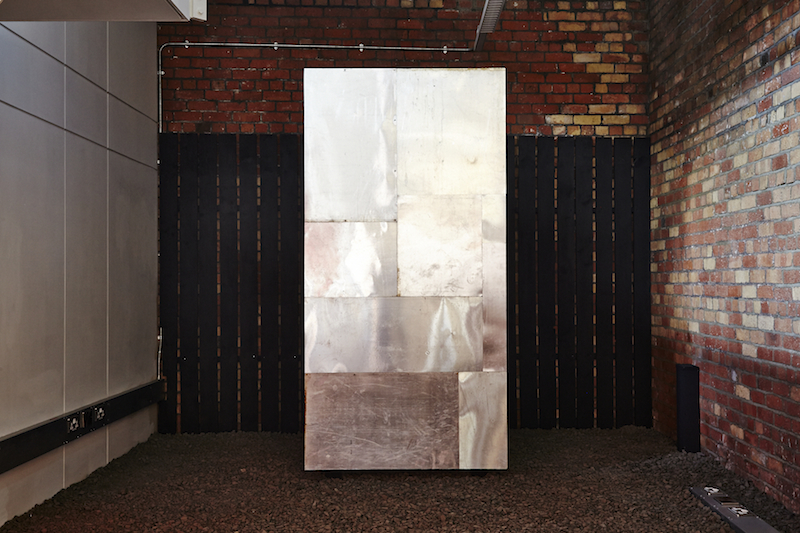 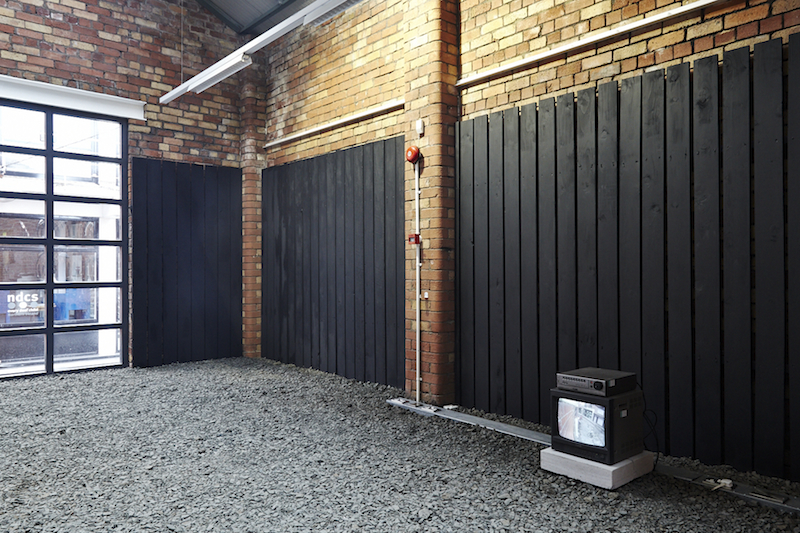 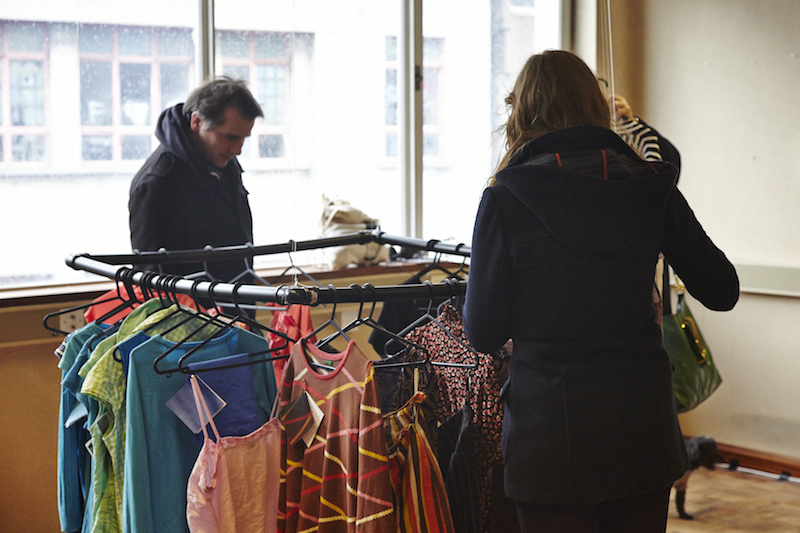 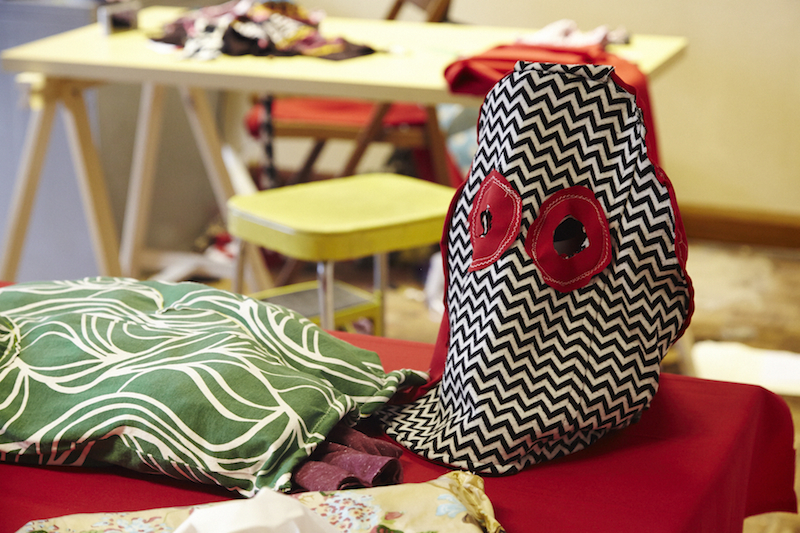 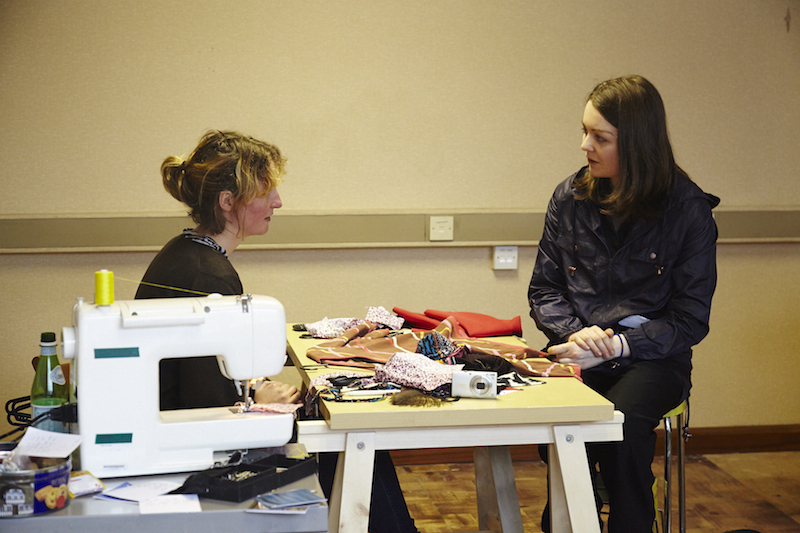 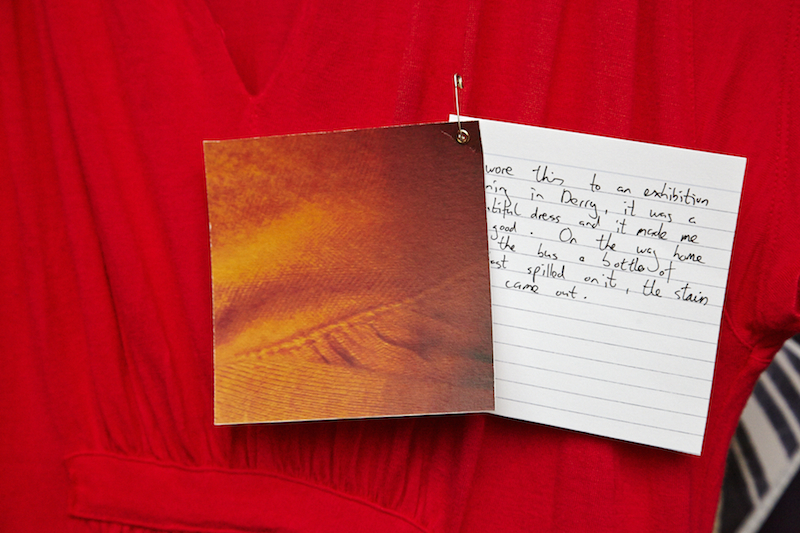 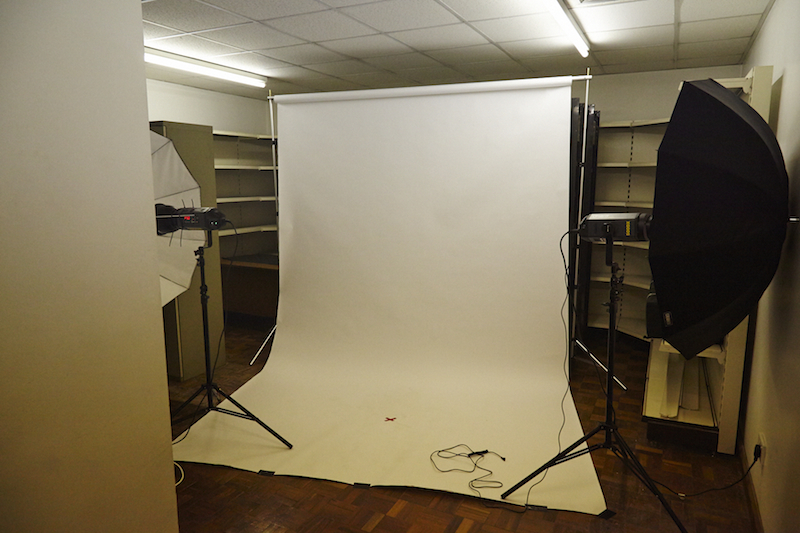 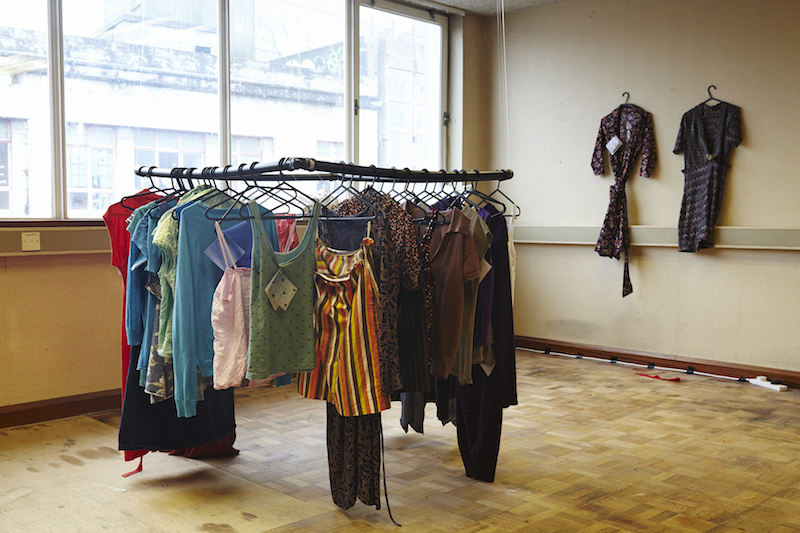 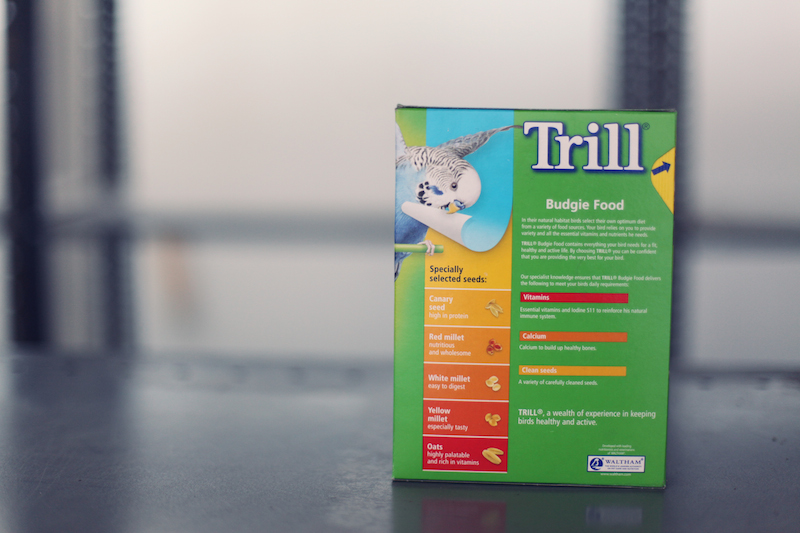 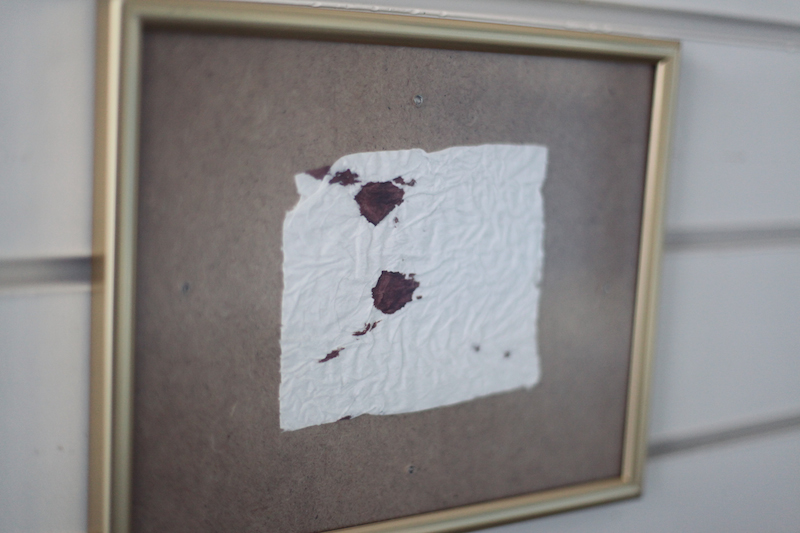 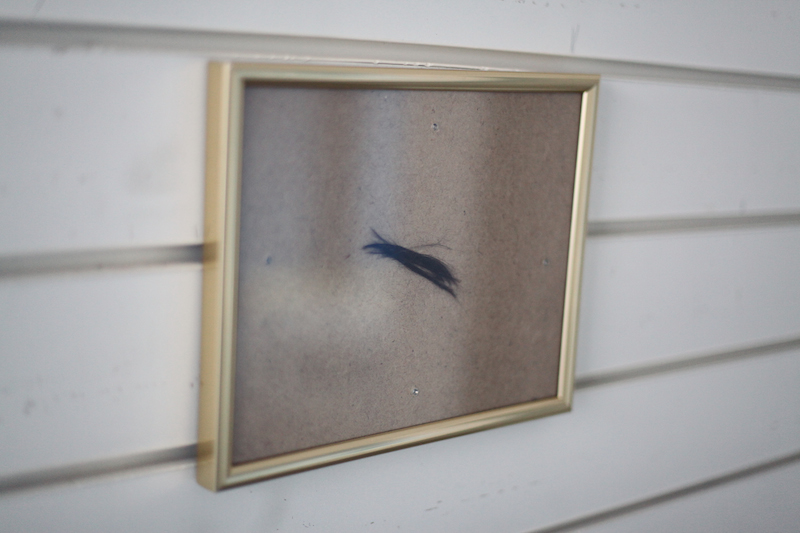 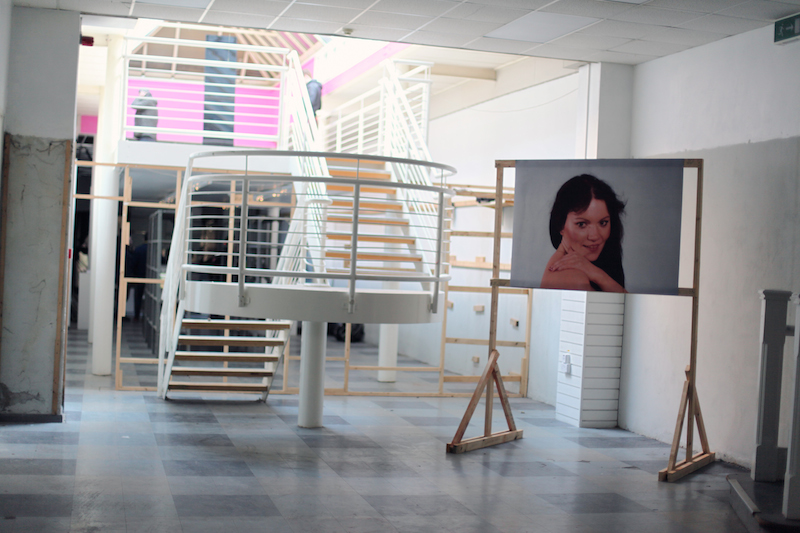 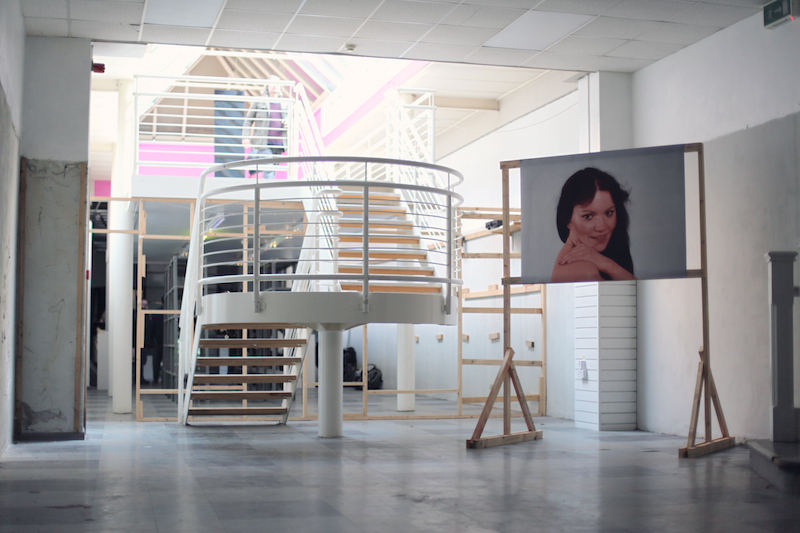 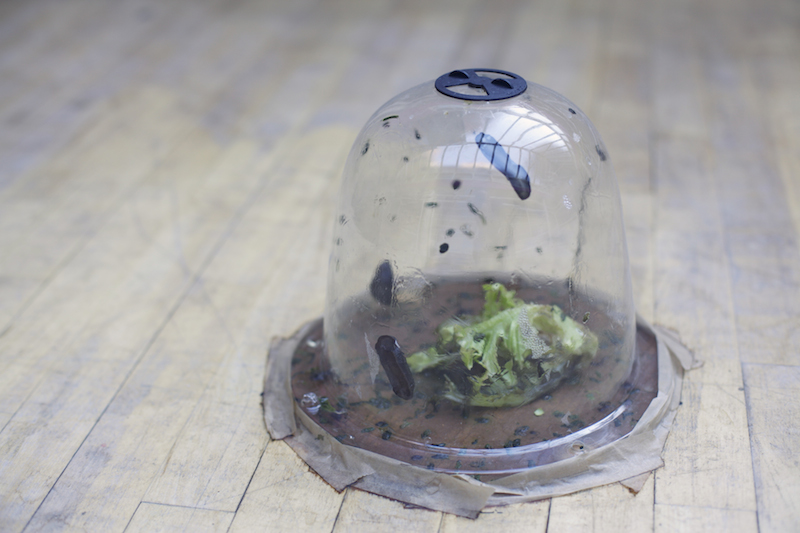 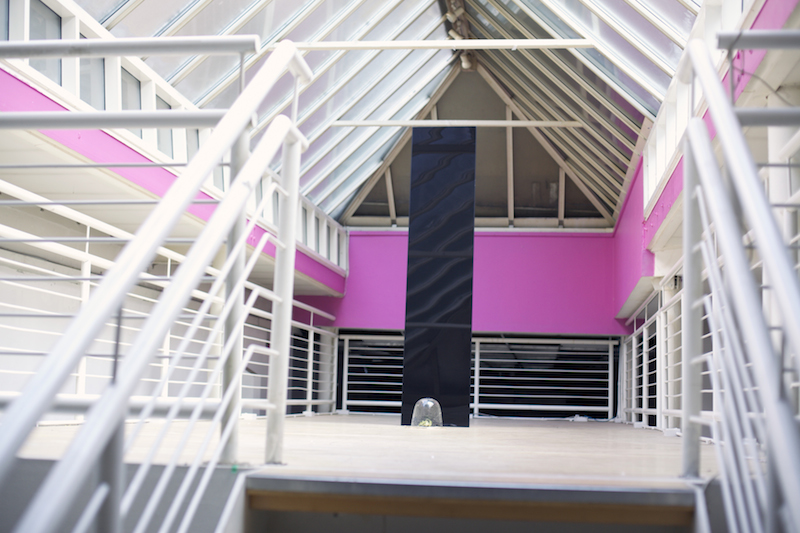 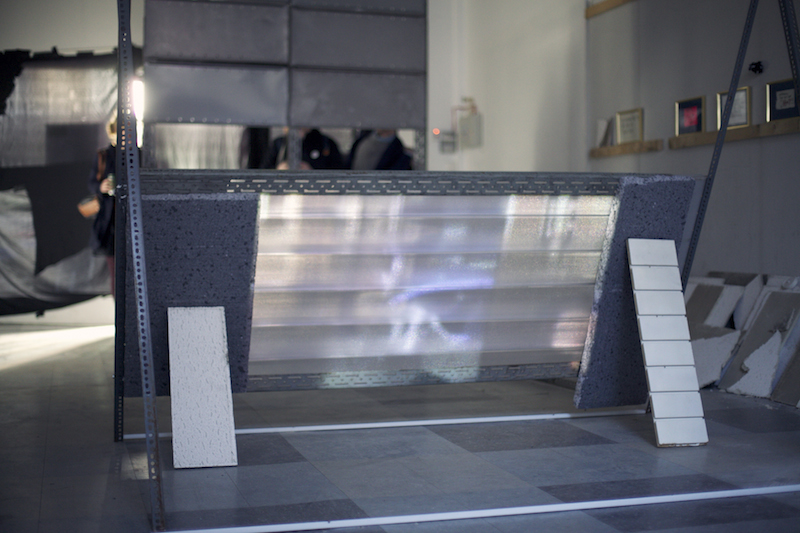 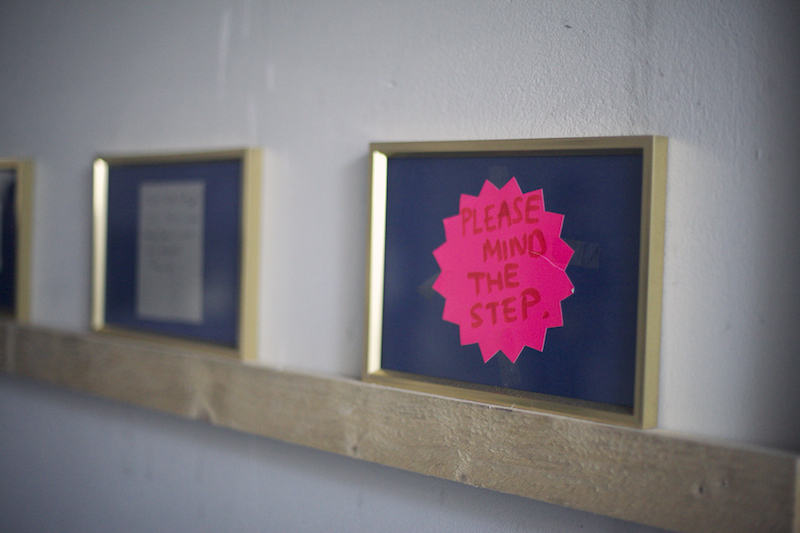 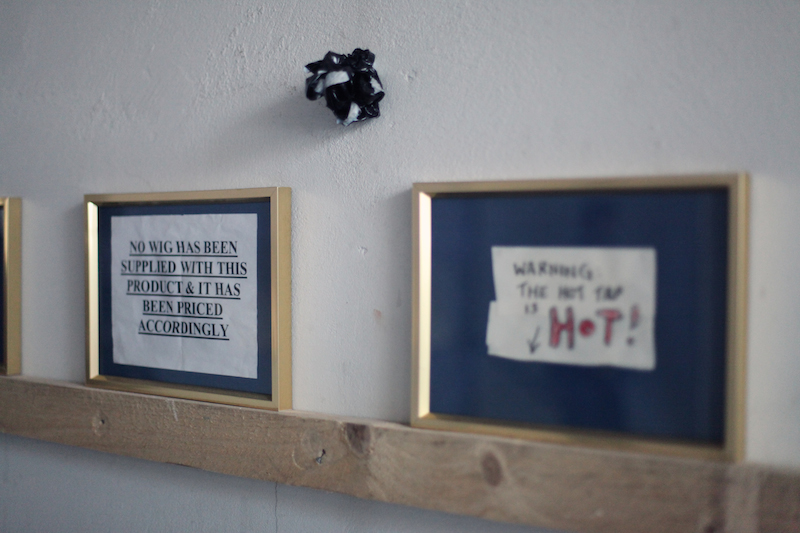 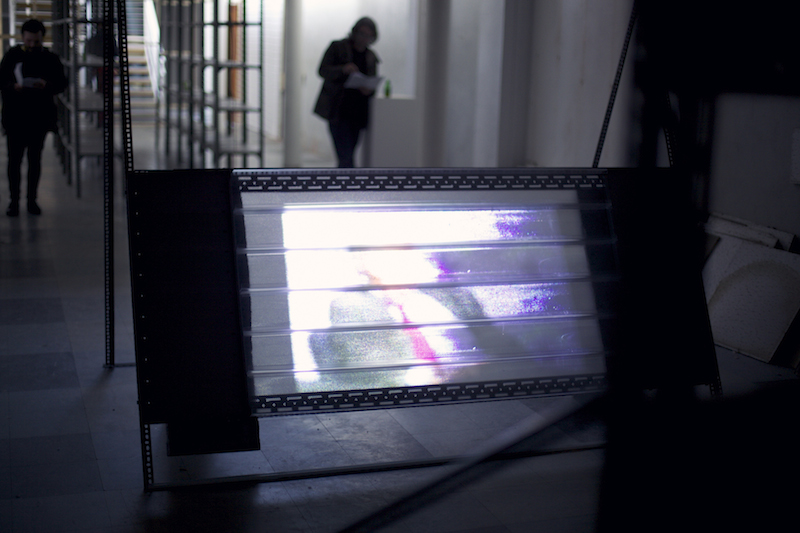 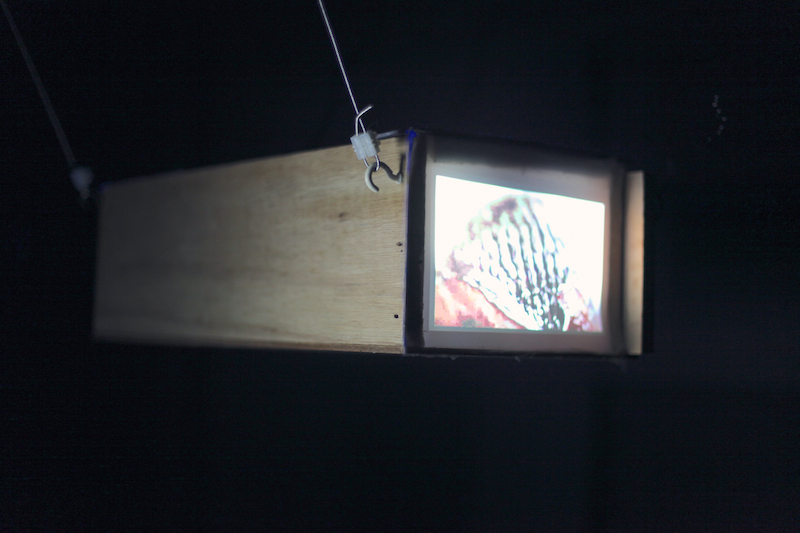 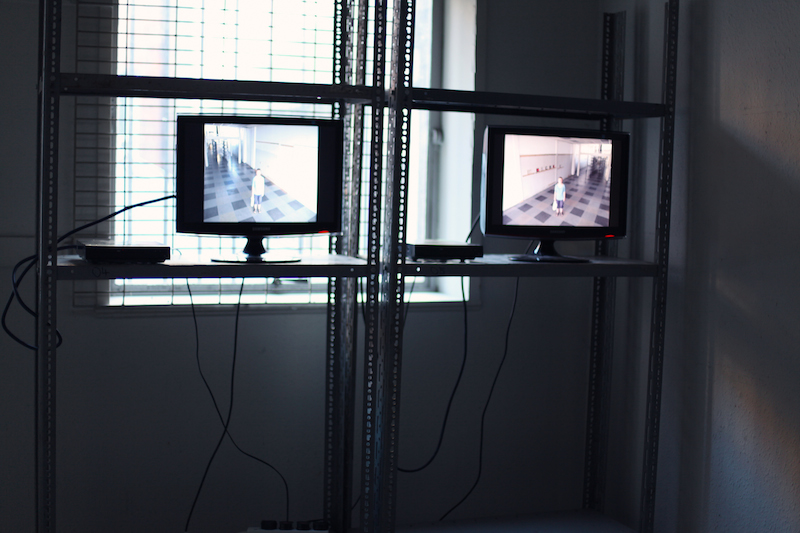 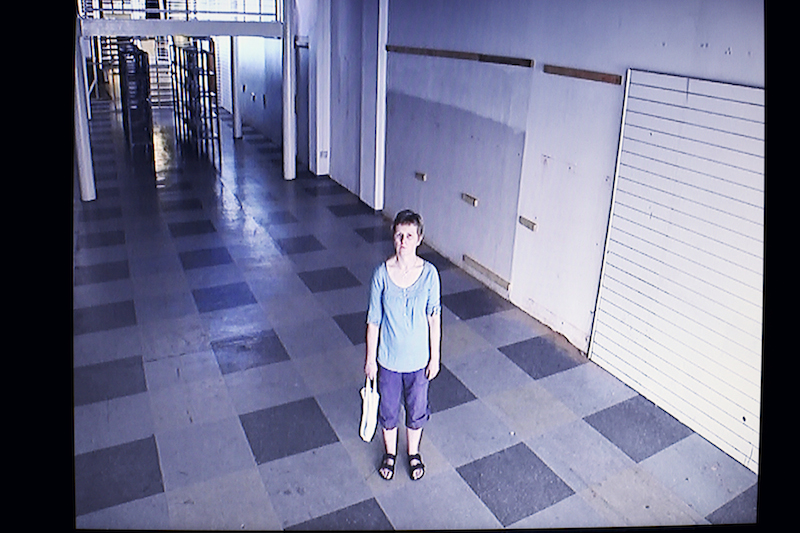 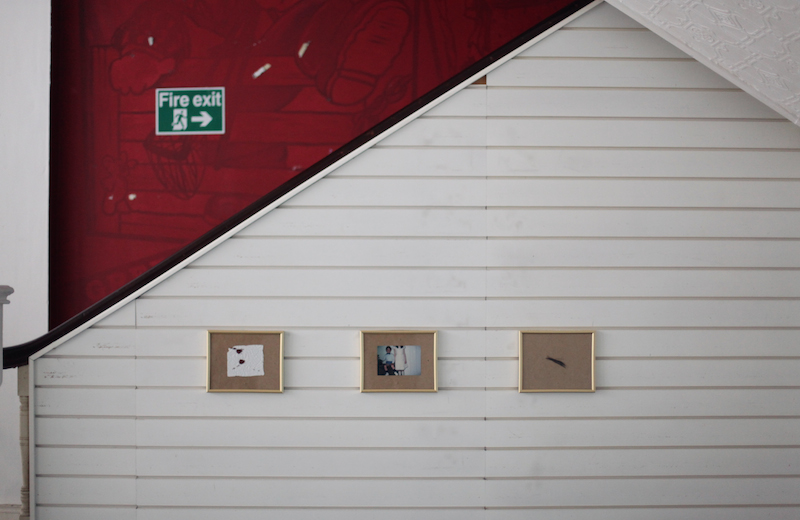 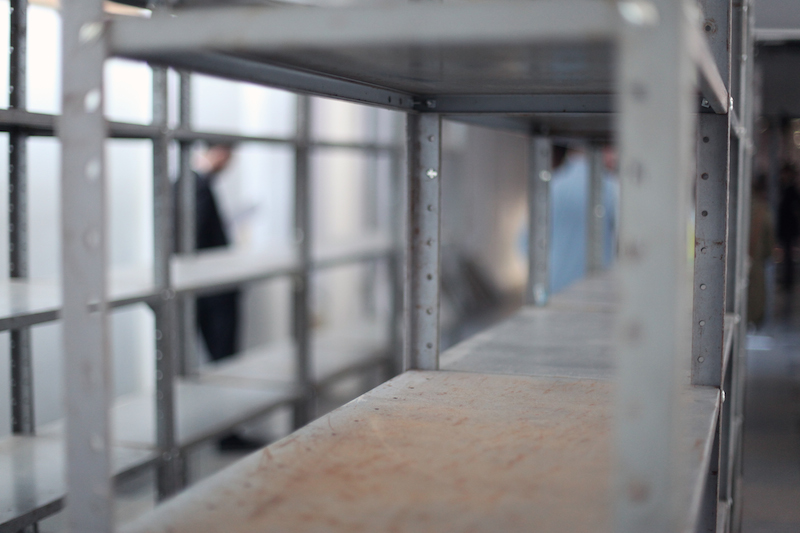 During the Cathedral Quarter Arts Festival 2013 Household presented a contemporary visual art programme in some of Belfast’s disused and unoccupied commercial buildings that are a common feature in the city centre. In some cases, buildings are kept strategically empty by developers waiting for property values to increase. Often, the demand for city centre property isn’t there due to a complicated history of economic stagnation and conflict. By reclaiming these disused spaces, Household animated overlooked parts of the city and provided audiences with opportunities to discover hidden buildings in the city.

Household commissioned two artists, Liam Crichton and Tonya McMullan, to develop new site-specific works during a six-week residency period in the industrial setting of a former architect’s practice on Hill Street (Liam) and the top floor of an empty office with original 70’s decor (Tonya) on North Street.

Using a carefully selected number of her own clothes, Tonya McMullan created a new space for the exchange and trade of personal and material histories. She invited visitors and local shopkeepers to choose one of her garments, and after sharing its story with them, through a collaborative consultation process decided on a new purpose for the material. Once finished, participants could collect their new art-object and in return granted permission to be photographed holding or wearing it.

In a stark, industrial multi-level building in Hill Street, Liam Crichton created Vacant Echoes, an immersive sculptural installation that combined gravel, cladding, CCTV, audio and heating elements with floor-based works. Visitors negotiated a series of controlled spaces evocative of a surreal Japanese Zen garden in which elements of Liam’s sculptural installation could be encountered at a sensory as well as physical level. The industrial materials he chose provided an oscillation between encounters with cold and hot; hidden and seen; hard and soft; silence and noise; minimal and textured. They spoke of the inherent paradox of a city like Belfast, a place of contradictions.

Household invited five artists completed a fast-paced 10-day Exquisite Corpse in the disused premises of a Pound Shop on High Street. Exquisite Corpse, (from the original French term cadavre exquis) is a playful game developed by the Surrealists during which an image is collectively assembled. Each collaborator adds to a composition in sequence by being allowed to see only the end of what the previous person contributed. Given a total of two days each, Catherine Devlin, Brian J Morrison, Martin Boyle, Laura McMorrow and Colm Clarke created experimental work in response to that of their predecessors without knowing beforehand what they would encounter or what the final outcome was going to be. Each ‘exhibition’ had an opening night during which a new installation was unveiled.Laura McMorrow used the space to film sci-fi inspired thriller andCatherine Devlin created a bleak, post-apocalyptic shopping experience. Martin Boyle re-exhibited the hand written signage and items he found throughout the building and installed movement-sensitive sound installation with objects sourced from another Pound Shop. Brian Morrison constructed a sculptural installation together with his father and Colm Clarke staged a series of clandestine subversive inventions throughout the run of the exhibition, documented in a publication.

A guided tour of the four spaces in the Cathedral Quarter offered an insight into the artists’ work and the collective’s curatorial approach.